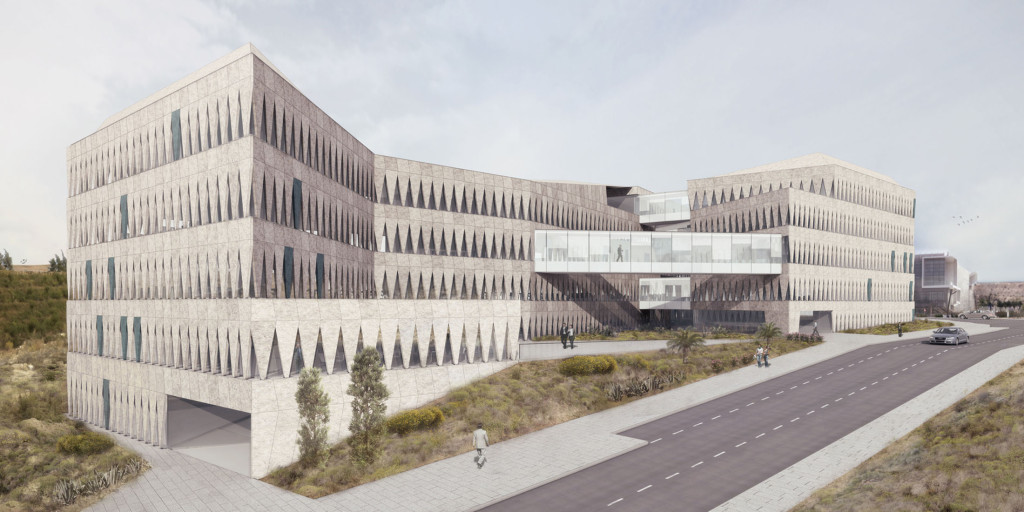 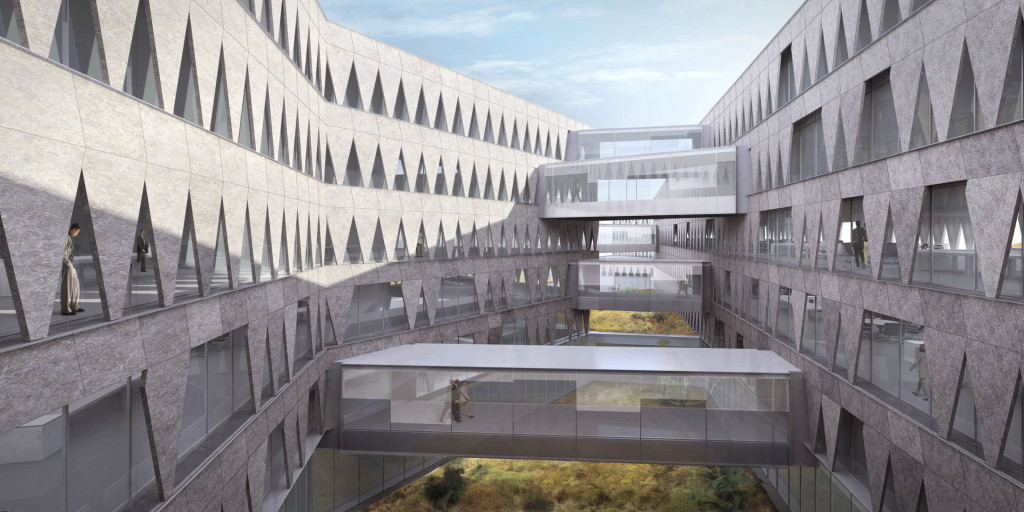 Office Building for Cajamar in Almeria+

Cajamar is a private institution, but its social and economic impact, its endeavor to integrate itself in the economic and productive context of a society it feeds on and in a way serves, makes it also public. Its offices must express this social dimension as well as demonstrate its sense of responsibility through concepts that are clearly perceptible to citizens.

The project has the responsibility to protect a highly valuable landscape and natural environment, and addresses it through a design that addresses the geographical issues which to a large extent explain the evolution of architecture in the region. The beautiful terrain is desert-like – strong and arid –, with plants that are suggestive in their persistence, their determination to fight and survive in the landscape. This and daylight, which is evocative and beautiful but also dangerous in its enormous intensity, are the physical references that have led to our proposal for the building.

For reasons we consider important, the building stays clear of the compact form. First, a compact form is contradictory in that the excessive depth it generates makes it necessary to light up the building by opening courtyards. Second, and very importantly, in coherence with the principle of responsibility toward the surrounding context, we decided that a perimeter like the one we propose is better adapted to the existing plot, incorporating its open spaces into the building.

The double facade, the exterior executed with a light prefabricated concrete element, and the interior with its very simple woodwork enclosure, will help in the adaptation to different orientations, creating a solar protection system, while ensuring adequate levels of interior lighting.