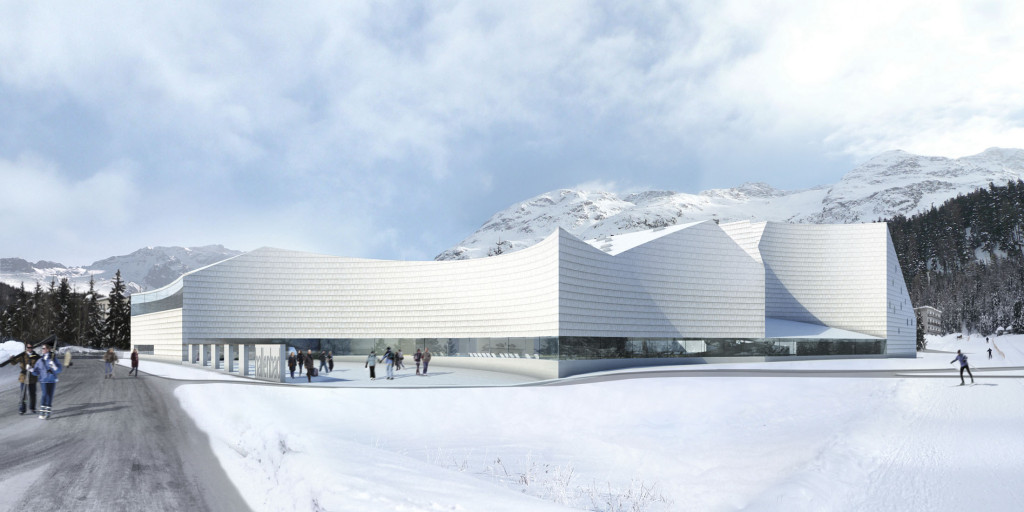 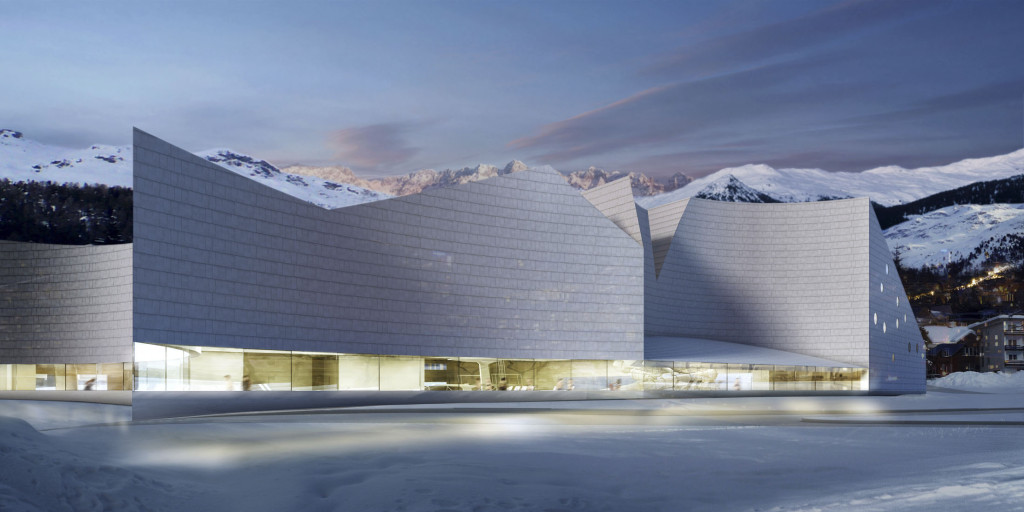 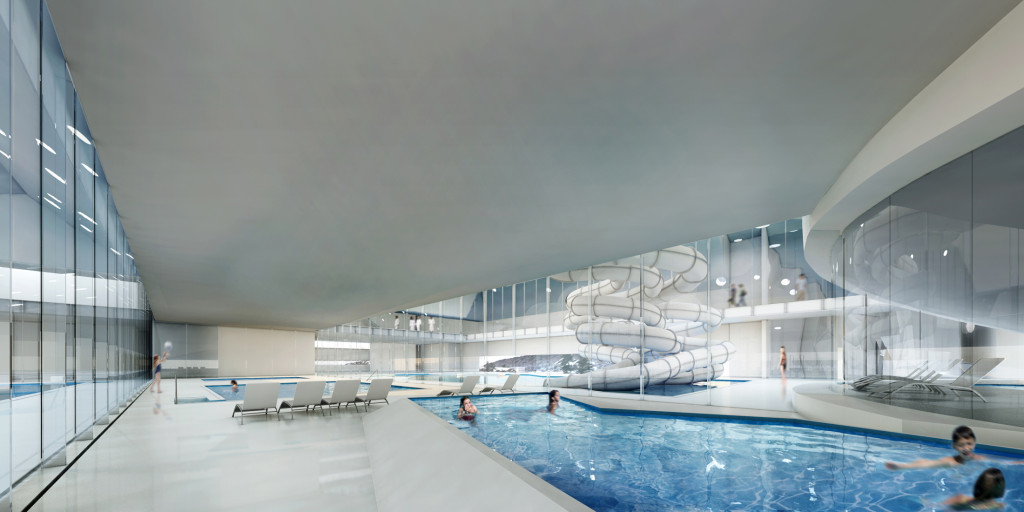 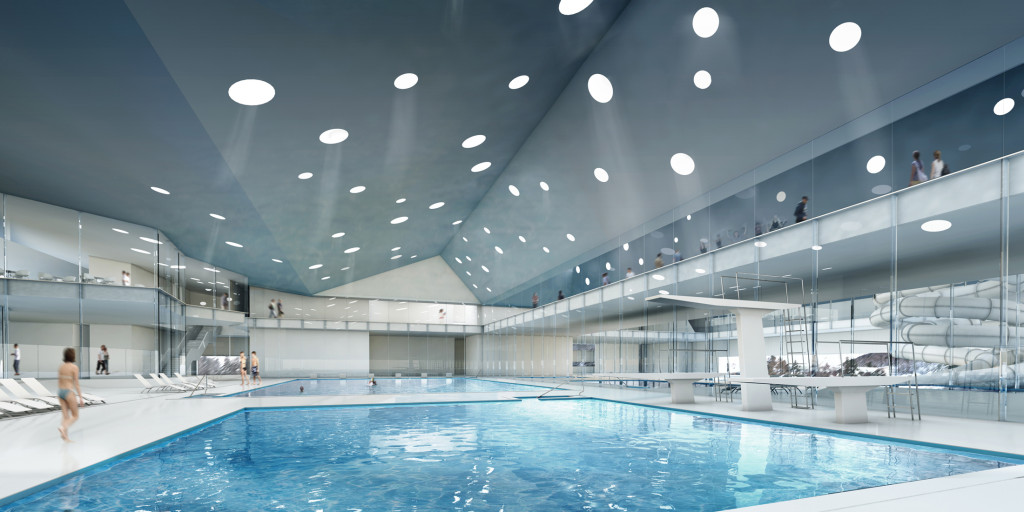 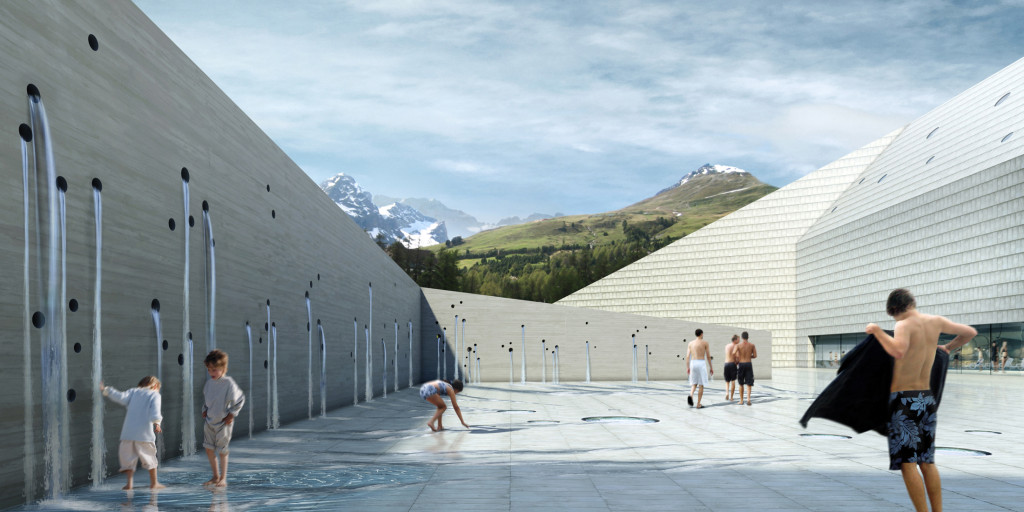 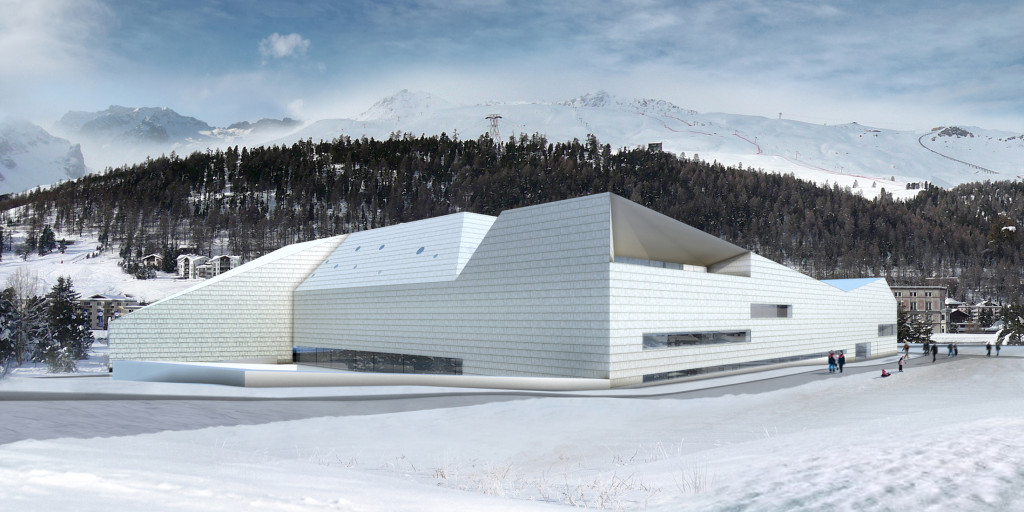 Saint-Moritz is more a landscape than a city. It has the grandeur of nature, the omnipresence of its mountains. Surely in a deliberate way, the city adapts to the immensity and beauty of the environment.

The swimming pool building is situated at the perimeter of the city core, where there are no references to urban schemes or built structures. One might say that the building stands alone, with no built realm to protect it, in a place where it is isolated, facing the mountains themselves. These conditions are attractive and suggestive. Why not make the most of them?

So the building’s section starts out by tracing itself as a prolongation of the outline of the mountains, a continuation of the landscape. And it comes across as something that extends the mountain profile into the city.

Hence, from the moment the outline of the mountains and the section of the building merge into a single line, the building presents itself as a topography and blends into the landscape of Saint-Moritz.

The design’s “mountainous” section gives rise to a large space, a huge roof containing all the pools and other facilities. A large rich space where every pool area, depending on its particular function—the children’s area which has to be acoustically insulated but visually controlled, the diving area which required higher ceilings…—has its own unique space. The grand space, divided into zones by glass but unitary in conception, projects outward along a fully glazed perimeter that gives the swimmer a view of the landscape surrounding Saint-Moritz (mainly toward the west, which is more freed up, visually), and of the skiers who day by day start their routine at this point.