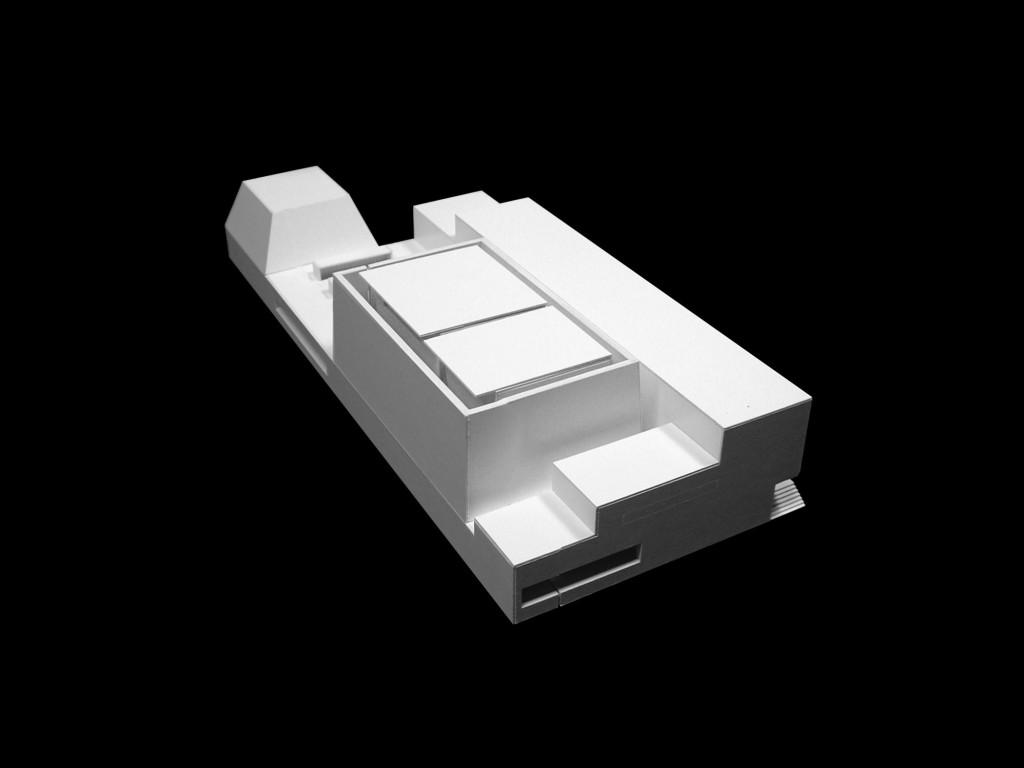 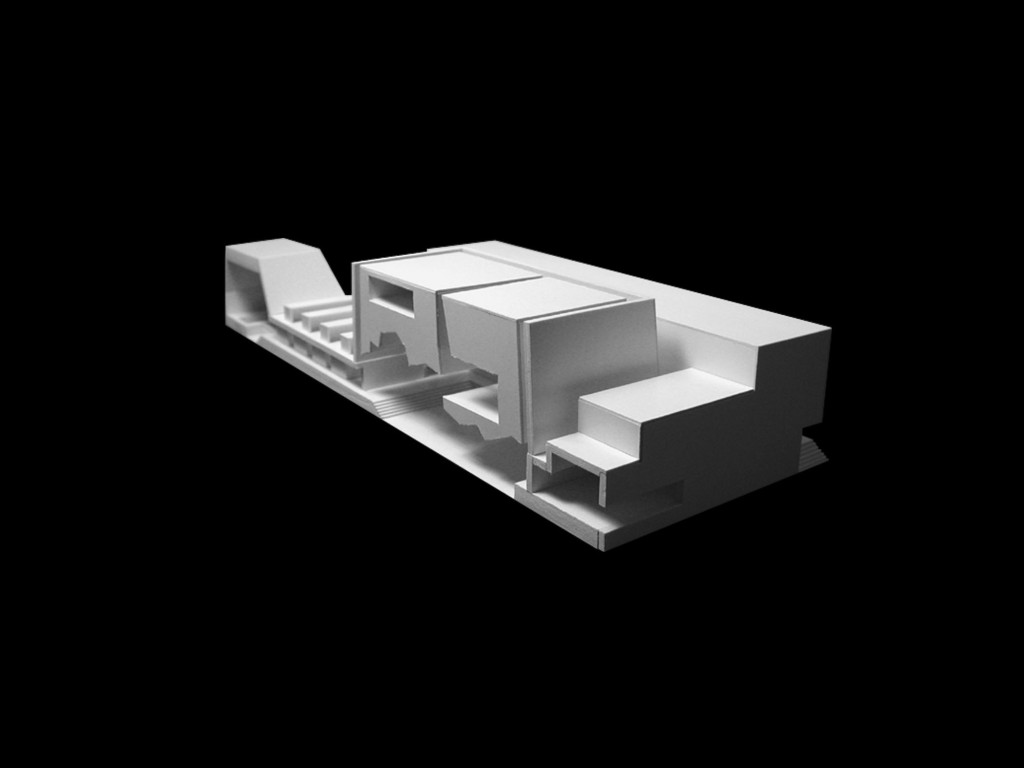 The urban proposal seems a bit illogical. Considering that surely the most attractive thing about the location is the river Umia to the south, one immediately wonders why the space marked out between the buildings in the proposal is closed, not opening onto the river and thus taking on a more ambiguous character, halfway between plaza and park, between artificial and natural. Such an approach would be more coherent with the place’s intrinsic character of a riverbank border area. This is easily managed in our proposal. It suffices to move the building southward, slightly altering the position of the appendage that the current detail study marks out as a restaurant (it is now on the other end of the hotel). This also prevents the spa building and the future hotel from being too near to one another.

With this new urban arrangement, the spa takes on a degree of autonomy that eventually translates into a more direct relationship with the river and greater separation from the rest of the constructions. (The more interesting buildings of Caldas de Reis, precisely those photographed in the documents connected to the competition, some of them already functionally related to the thermal facilities, make this rapport with the river an essential element of the architecture, both organizationally and formally.)

Also, thanks to the above-mentioned ambiguity, the space between the buildings offers a large range of design possibilities, even with the obligation to plan it in continuity with the riverbank, a protected space.

This is a building that, above all, wants to set itself apart from the abundant and vacuous calligraphy in vogue. Indeed, the project we present is only interested in the space, the interior as priority, and a material that is present everywhere, inside and out: Galician granite.