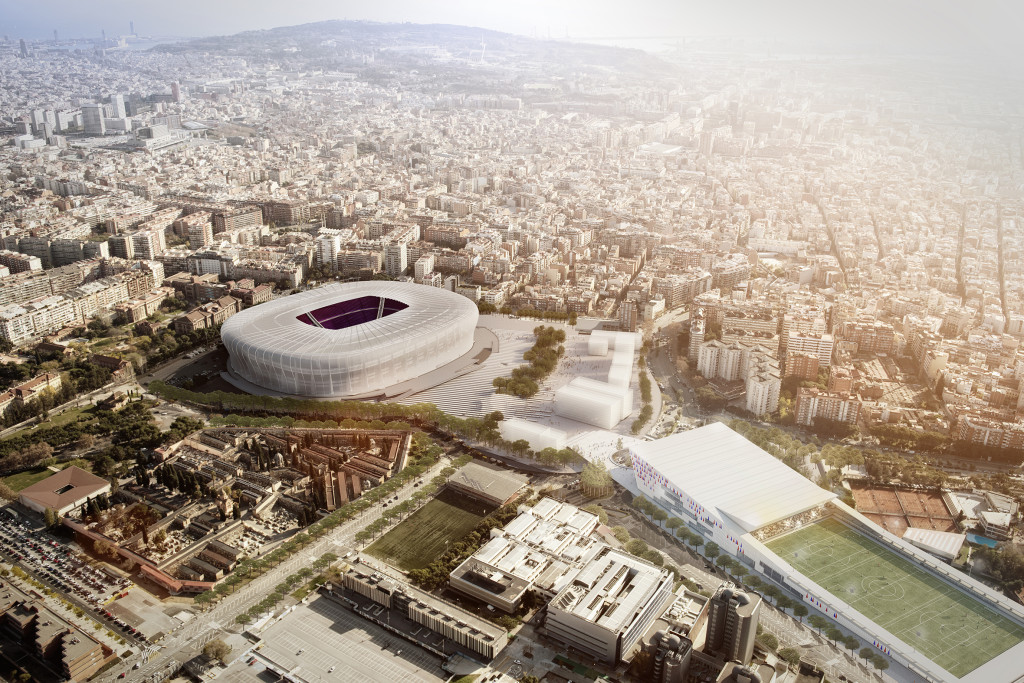 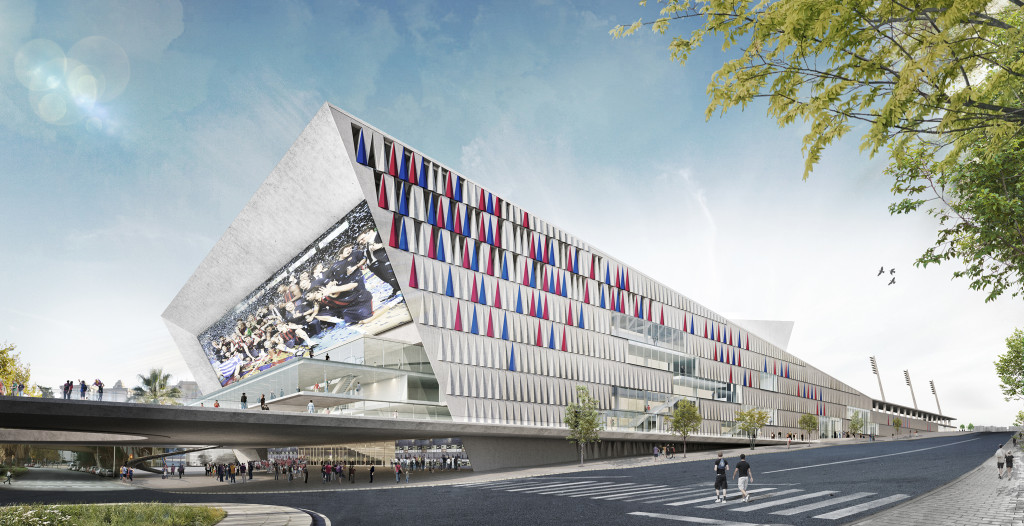 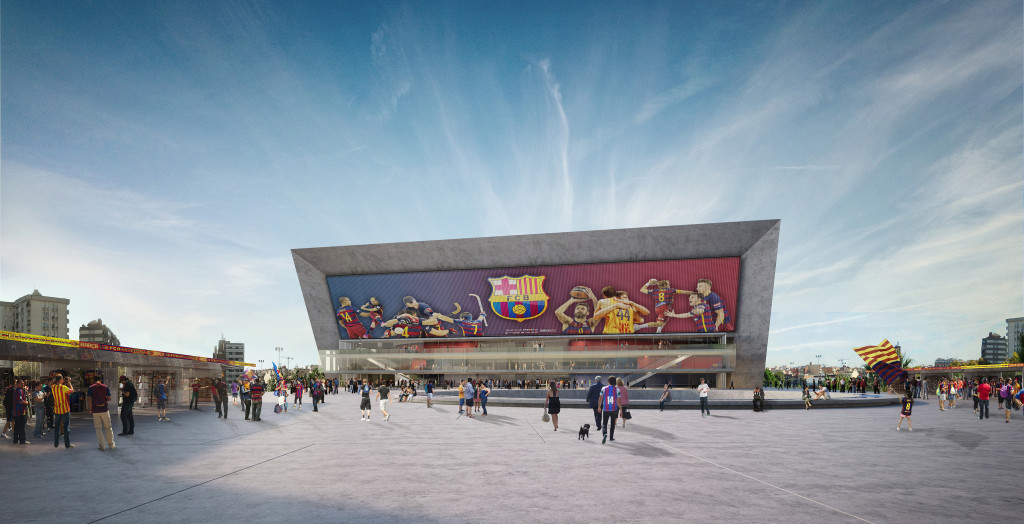 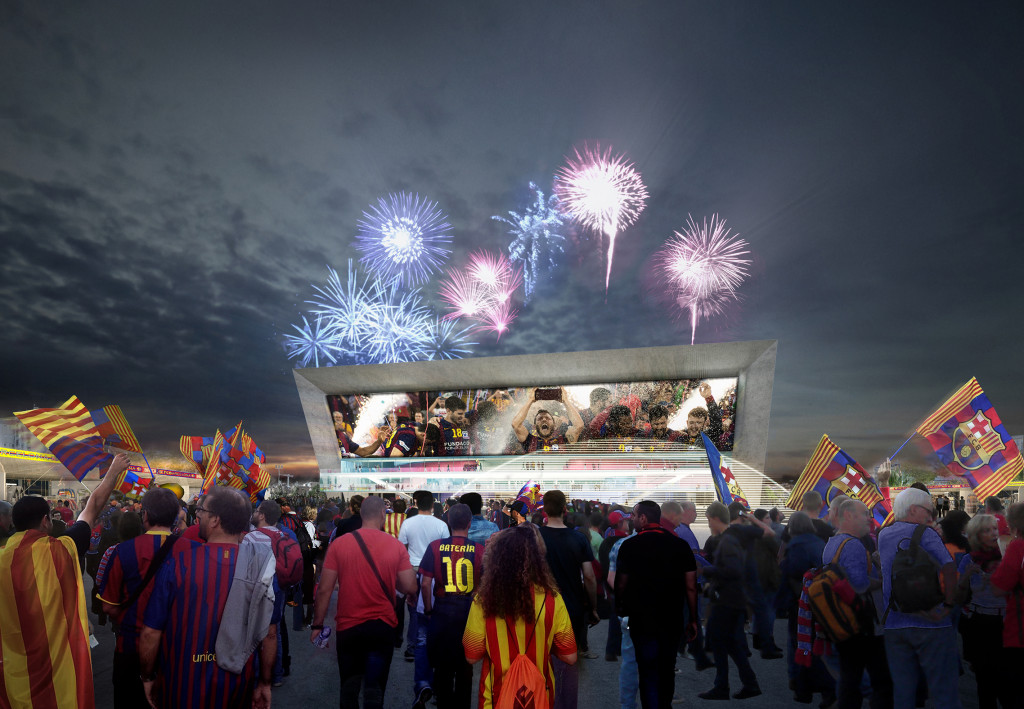 The objective here was not just to raise a building with a certain program content, but also to make the most of the opportunity to create a Barça Campus, a complex in continuity with public space, cohesive functionally as well as formally and symbolically. A unitary scheme naturally based on and recognizable by its urban identity and clarity, thanks to spatial continuity between the football stadium and the new Barça Arena complex, but also to the formal boldness of the proposal.

A unitary scheme which is also identifiable through the principles underlying it:

The Barça campus has an urban identity, it is a small city on its own, but it has to be properly fitted into a larger urban structure. Its immediate environment is part of the urban structure that the entire city of Barcelona is. The new campus must generously contribute to improving this part of the city, helping to form and put order to it. The formal clarity sought in the design of the campus translates into its capacity to structure the city. There is absolutely no incompatibility between both strategies, but in fact much coherence. Order and urban hierarchy, both necessary, are the order and hierarchy achieved in the definition of the Barça Campus.

The main thing proposed is an almost classical, unitary scheme that gives urban identity and presence to the complex. To achieve the unified whole that the Barça Campus is to be, these are necessary: