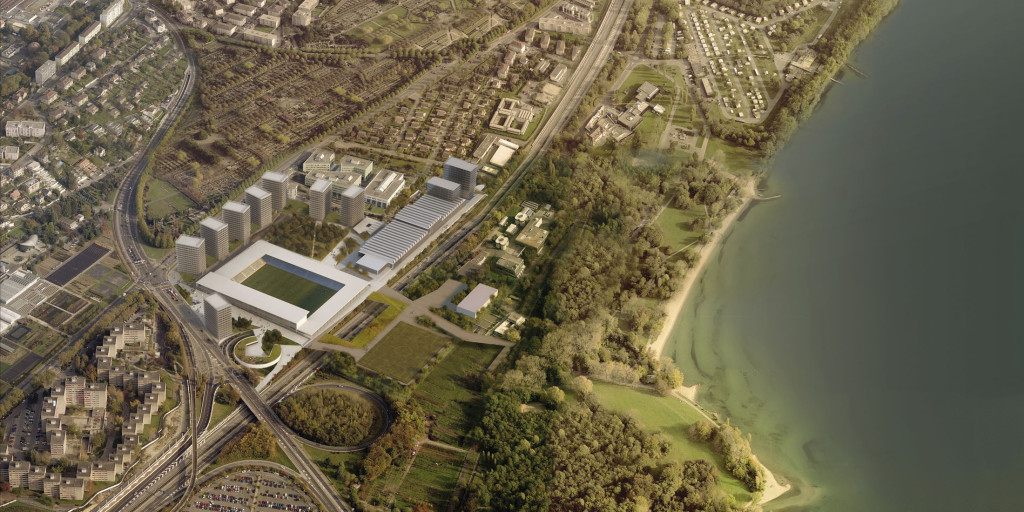 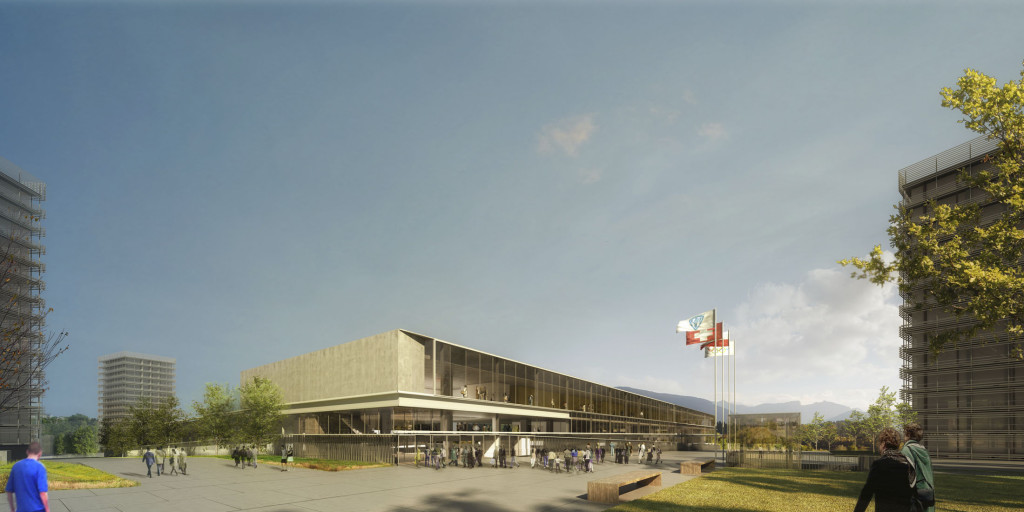 The location is a special place. An intermediate place of the city, between its more built-on part, the more urban part, and the lake. Between the landscape of the city and the landscape Lake Leman and the surrounding mountains. A place with a topography that, far from being a problem, can become, if well used, one of the defining points of the proposal.

Naturalness, logic, and deference to preexisting elements and the programs being proposed all bring us closer to architectural beauty. The entire layout ought to feel natural. No architectural piece should stand out in particular; it’s the entire complex that should give the project a special meaning. The built pieces have a responsibility to take on in the urban scheme and the landscape, over and above the building’s presence as an object. The overall layout is conceived to create a place that is an intersection between the urban fabric and the lake park, with the latter predominant. It can and should also be understood as a prolongation of the park that surrounds Lake Leman in the city.

The central place of the development is taken up on one hand by the stadium. Using the already existing topography, it is more an intervention on the landscape; all efforts are made to avoid big structural and constructional gestures. On the other hand, and in continuity with the stadium, we propose a large central park. The swimming pools are arranged parallel to the large thoroughfare, spatially and visually connected to the central space and opening on to it, benefitting from it. The rest of the program, mainly dwellings and hotel and commercial uses, are organized along the perimeter around the large central park space, on a platform in physical continuity with the Chavannes route.