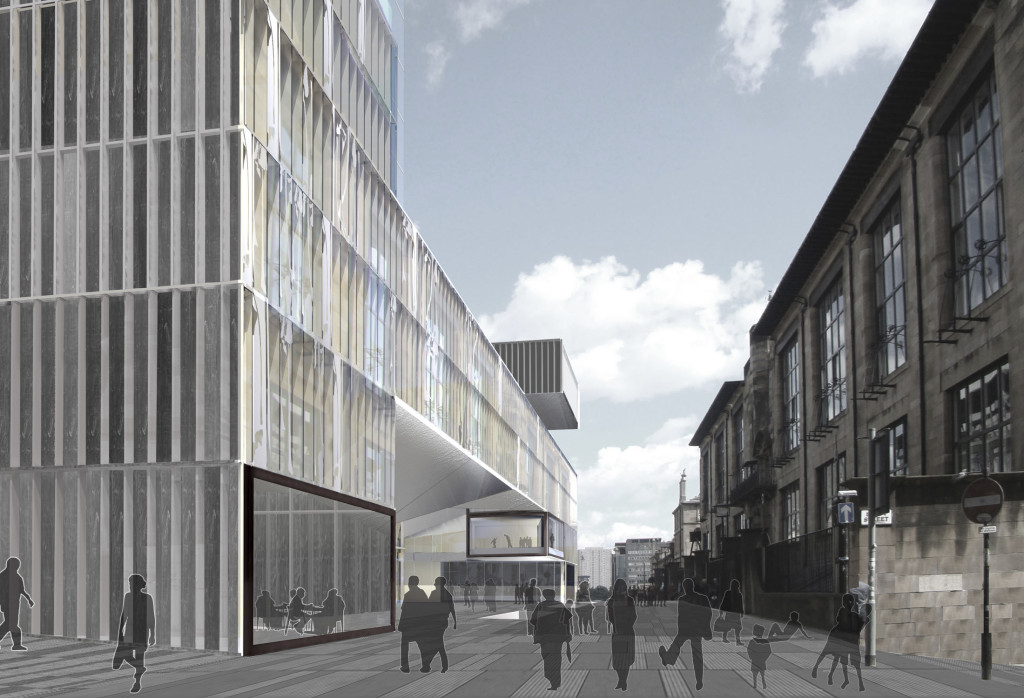 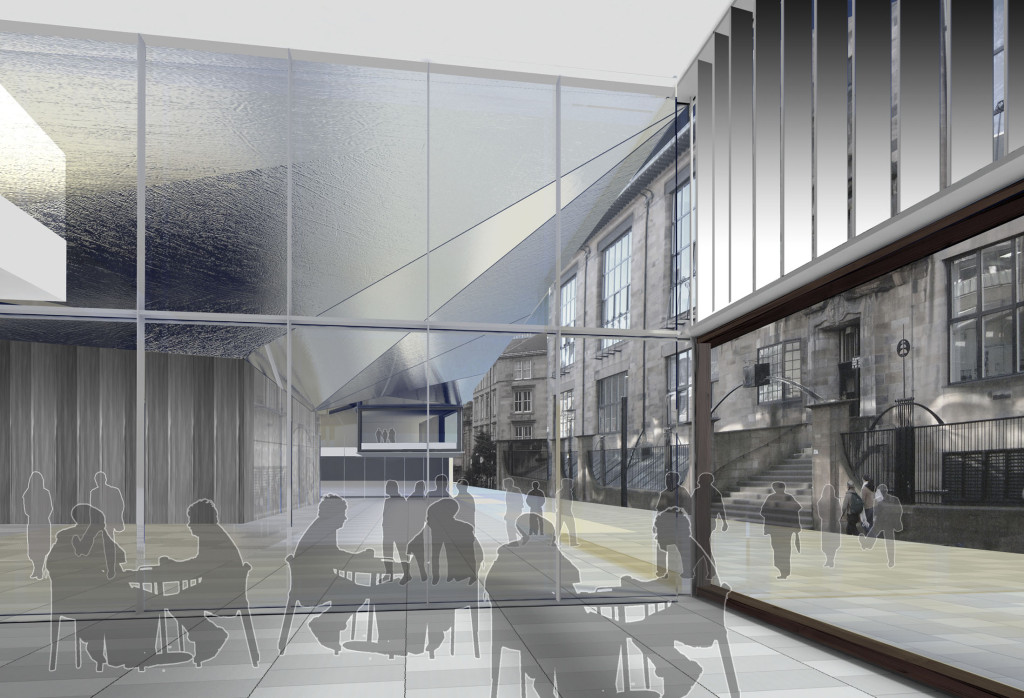 At the time we started working on the project to overhaul the Glasgow School of Art, we thought that such an extensive program on such a reduced space was bound to give rise to borderline solutions that were more concerned with forming a strong identity and a powerful imagery and calligraphy than with drawing up a design process that would genuinely solve the fundamental problems at stake. Problems of relating with the existing building, spatial problems having to do with the workshops, and most importantly, problems of signification if we think of the project in institutional terms.

We chose to develop a more complex process that would address all these questions; questions which, over and above image, are fundamental if we are to give substance to the architecture.

The design process was structured into three parts. These corresponded to three major decisions that, naturally, had to be coherent with each other if the proposal was to have the necessary unity. One, the public space as a mechanism with which to structure and organize the architecture itself, and which would give the complex a dimension and bearing that was in accord with the institutional importance of the Glasgow School of Art. Two, the workshops and the program at large follow a set of organizational criteria resembling those governing the existing Mackintosh building, which over time has proven efficient and adaptable to change. Finally, the light of Glasgow as an element inspiring the building’s materialization.

All three concepts make sense when put in the context of the basic idea that the complex, the existing building, and the new construction are to be taken as an operational and institutional whole. This is of utmost importance.