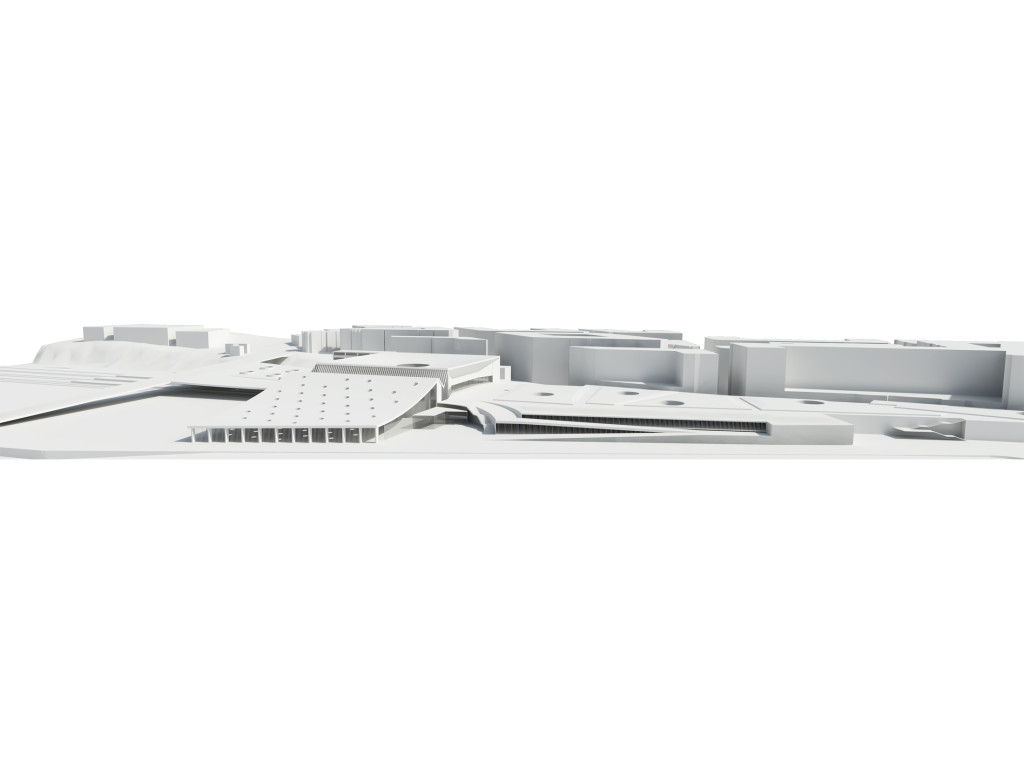 The project we have drawn up has three basic objectives.

First, an efficient functional layout, clearly and logically reflecting the many interactions generated by the train and bus stations, and by the insertion of these in the preexisting urban environment.

Second, a representative image for one of the city’s major programs: transport, in particular high-speed transport. It is not enough for the building to be functional and active; it must also clearly represent what it contains.

Third, to solve current connection problems of the city, on the understanding that many of them will not be solved by a new station alone, however urbanistically helpful a new station will be in stitching together the areas of Ourense that flank it.

The key to addressing these three objectives in a single stroke lies in a building whose longitudinal axis – determined by the train station’s very function, following the direction of the railway tracks – adequately accommodates transversal movements and the permeability requirements that come from the intentions of linking up the two urban areas surrounding the station. The combination of two directions makes the station a central intersection space.

The conceptual and formal solution involves creating a large central space as an autonomous structure with a catenary shape that in turn stretches on, in a north-south direction, as another catenary sheet covering the bus station. These two large roofs help make the station’s multi-directionality possible, while creating a bold clear image for the train station. The project we have drawn up also allows combining different scales and heights. Hence the AVE (high-speed railway) station has a certain monumental character when perceived from within, while the sloping section towards the south side lets us set a more limited, more domestic, more civic height towards the more built-on environment.

The slabs laid over the tracks make it possible to develop platforms that become gardens for the city. Transversal movement between the two zones of the city is through ramps.

So, what could have been simply a limit set by the longitudinal position of the tracks becomes a mechanism for transversal circulation.