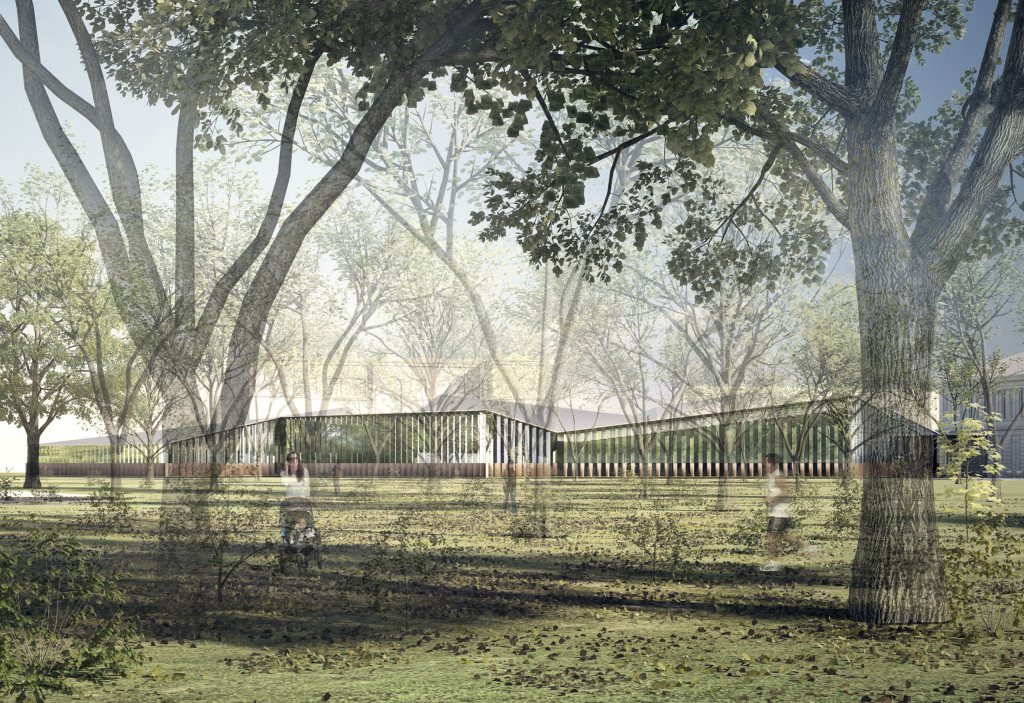 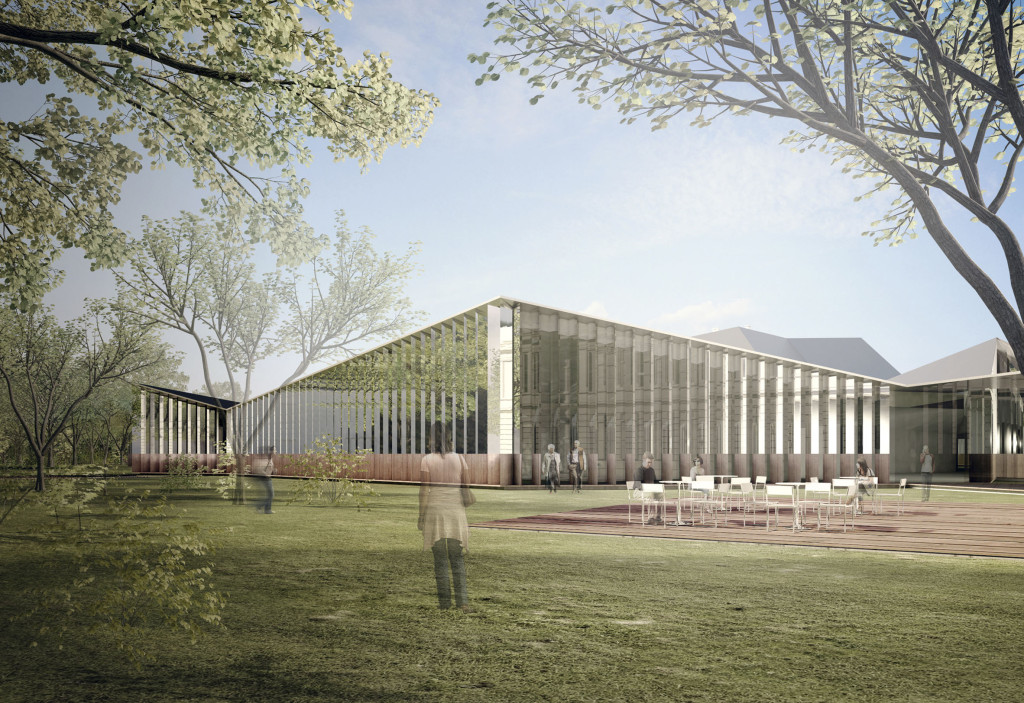 The Warsaw Symphony Concert Hall has to be designed on the basis of a subtle balance between two considerations. On one hand it must address the performance program and the institutional and representational nature of an important building called upon to affirm itself in the city through significant architecture. On the other hand it must be aware of its location: a magnificent park where beautiful large trees surround a number of buildings, some of which are worth preserving. To maintain the park character of the place, the building is positioned in such a way that the zone most endowed with trees is kept intact.

The building is also mostly buried underground so that its visible bulk—contrary to other concert halls, which tend to rise high—is minimized and does not overly complete with the environment. This generates a descending series of interior spaces lit through the exterior perimeter, where the entrances to the auditoriums and foyers are organized.

The building thus takes on the character of a ‘pavilion in the park’. A light pavilion striking a contrast with the volumetric massiveness generated by the audition rooms, where the facade, formed by vertical elements built with reflecting materials, will mirror the natural environment. In these broken canvases, trees and preexisting buildings will multiply in infinite reflections, and the whole premises will take on an immaterial character and a subtle and fantastic atmosphere.