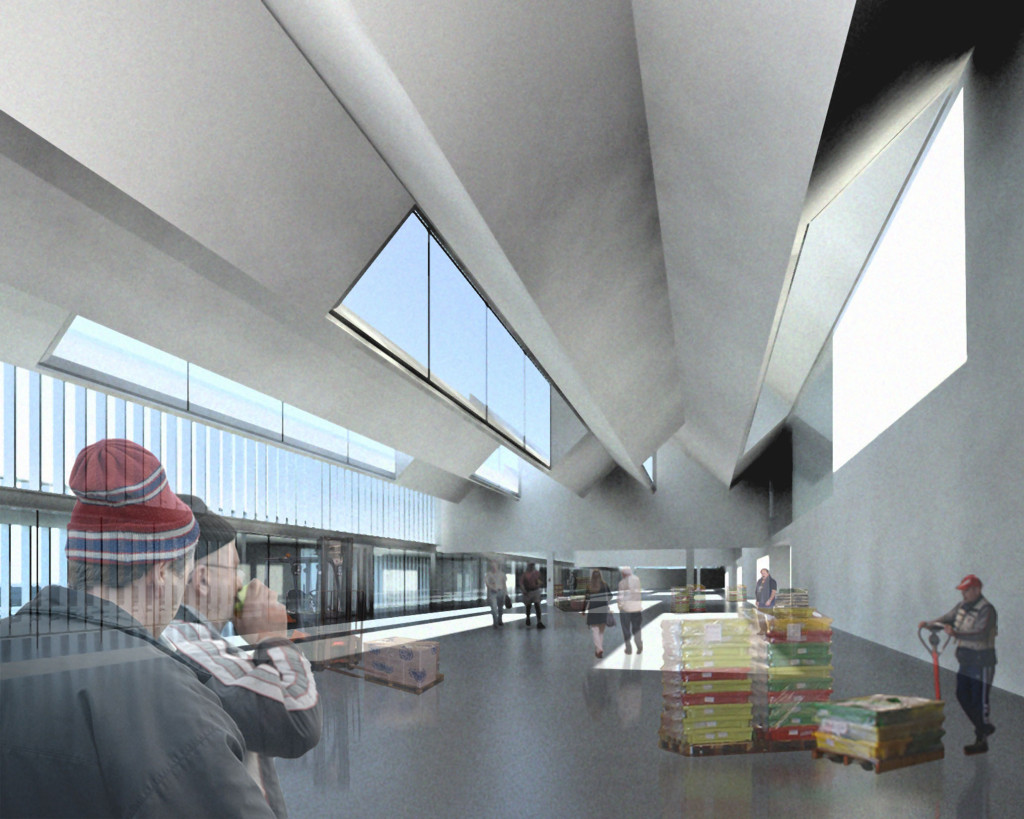 Fish Market of the Port of Pasajes+

A fish market is not just a commercial building. It is not a building to be taken in strictly economic terms. Or in strictly functional terms. Above all, it represents an activity that has for years defined a town culture, a way of organizing things and understanding life. In this sense it has taken on a meaning and a capacity to represent, just like any institutional building. Besides its mercantile signification, there is something magical about the activity that goes on within it, inviting people to come in. As in other markets, one can walk around inside with the feeling of being witness to a primitive, ancestral spectacle, a spectacle that nowadays is regulated and organized. The primary consideration in this project, then, should be public signification and value, beyond the actual program.

Also, and moreso in the case of Pasajes, where it is particularly evident and important, fish markets tend to be located at the mythical border between the city, the built realm, and the sea. Because they give form to this border and because of their dimensions, their Herculean feel, and the lure of ships, ports are meeting points and places of fantasy. Lying on this boundary, fish markets take on an urban signification. The case that concerns us here is all the more complex and all the more attractive. The longitudinal and elongated shape of the lot gives it a dimensional and scalar value of great magnitude. The complex must be seen, on one hand, in its landscape dimension; seen from the sea, the building becomes a landscape, a plinth for the town of Pasajes. On the other hand, if we look at it from the city, it is a frontier. Moreover, the distance between the extremes gives the new building the added value of being an urban transition between two extremes of the town: the Trinxerpe zone and Puntas.