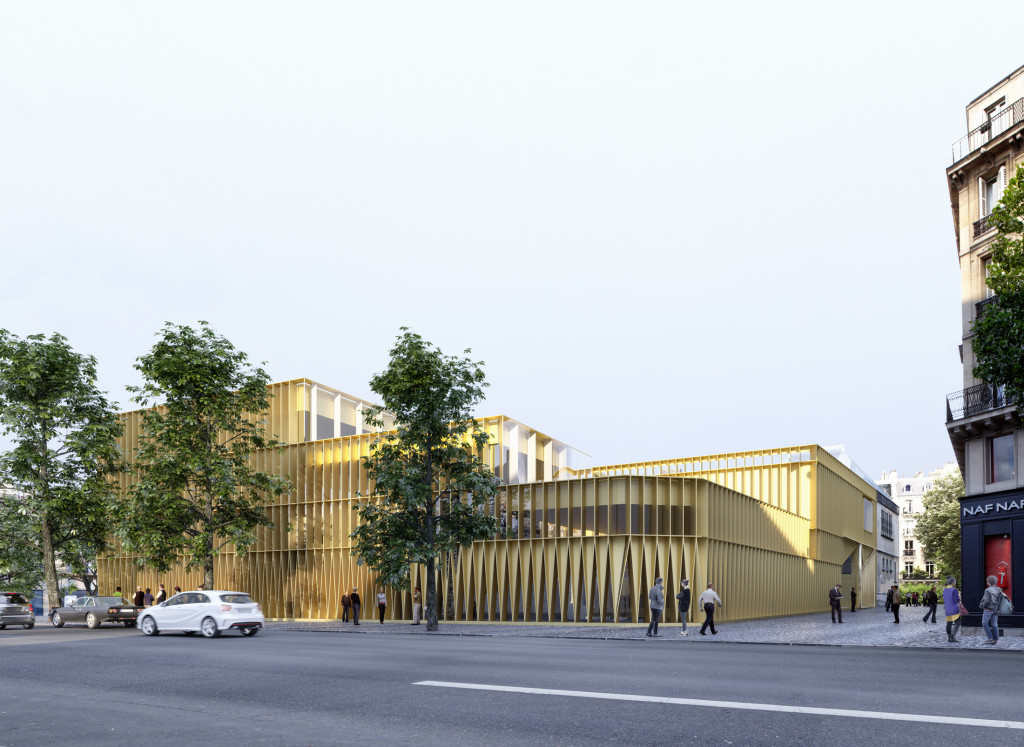 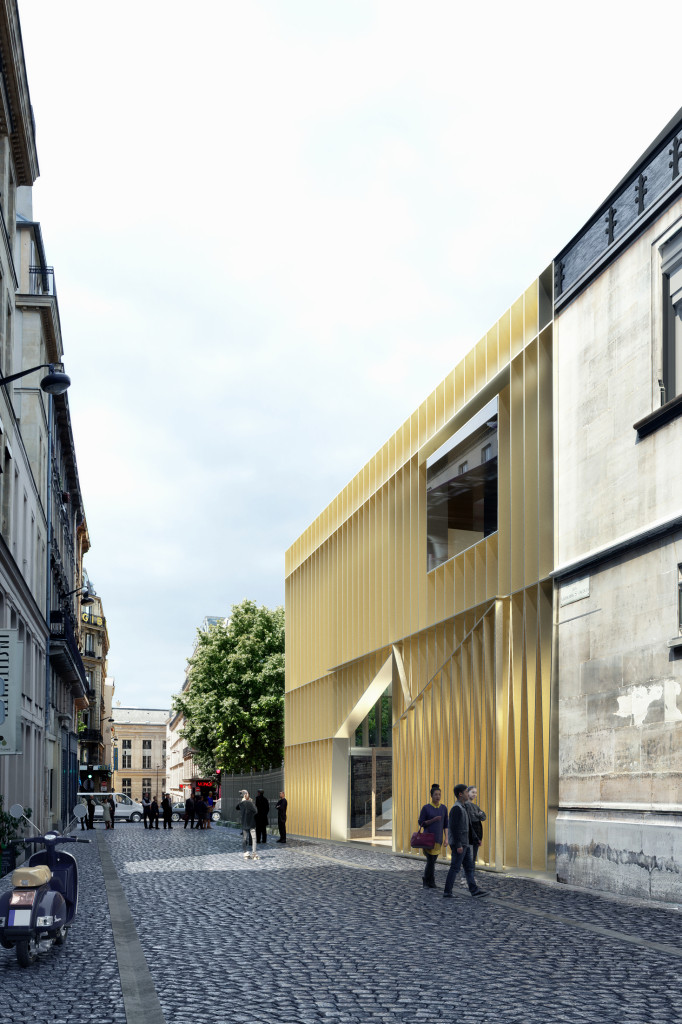 The project begins with two general reflections. The first makes reference to the Cluny museum and the entire complex. The second is a contemporary interpretation of the medieval art of building, in particular the Gothic.

The new access into the museum is conceived with a view to achieving coherence in the complex in the event of an intervention on the existing Roman ruins. The project clearly contemplates two phases that can be executed independently of each other or jointly, but ensures that if only the access is to be carried out, it will be seen as an autonomous element.

A composition where the vertical predominates, lightness, the use of linear elements, and lighting : these together create an atmosphere of elevation. They represent the attributes of construction and Gothic composition which can be the basis of an adequate contemporary response. One of the first objectives of the project was to research on and develop these attributes without mimicry, and they have enabled us to establish a direct relationship between the Hôtel de Cluny and the new architectural proposal, making a leap in time. These two points have been the guiding axes of a design articulated in accordance with the following:

1.    The complex comes across as a series of terraced roofs, oriented towards the intersection of Rue du Sommerard with Boulevard Saint-Michel, which makes it possible to create some different spatial sequences adapted to the various heights of the ruins they cover.

2.    The roof floats along its perimeter and presents a surprising, attractive section in the interior spaces, where numerous viewpoints are generated.

3.    In this complex, the first construction to go up will be the entrance building. It should be autonomous, in such a way that executing the rest of the project is not an absolute obligatory, but it should also be able to integrate the conceptual and formal principles of the whole project.

4.    The entire project is based on the idea of construction lightness. This lightness dominates the structural principle as much in the volume of the entrance building as in the rest of the project. The project develops in linear elements both vertical and horizontal, giving rise to a frame, solid or hollow in accordance with the need for natural light in each space. This principle reminds us of systems used in Gothic buildings. The whole structure unfolds in the perimeter of the building.

5.    Light was one of the important reflections in the project. Gothic is light, diffuse light flooding everything. We believe that the spaces built over the ruins will light up like Gothic cathedrals, bathed in light by huge openings. On the contrary, the ground-floor zone in contact with the street will be more opaque, with some openings to make the ruins visible from outside.

6.    The external material is golden copper, another reference to the Gothic, a traditional material which transports us to the medieval past but manages to manifest itself in all its contemporaneousness.