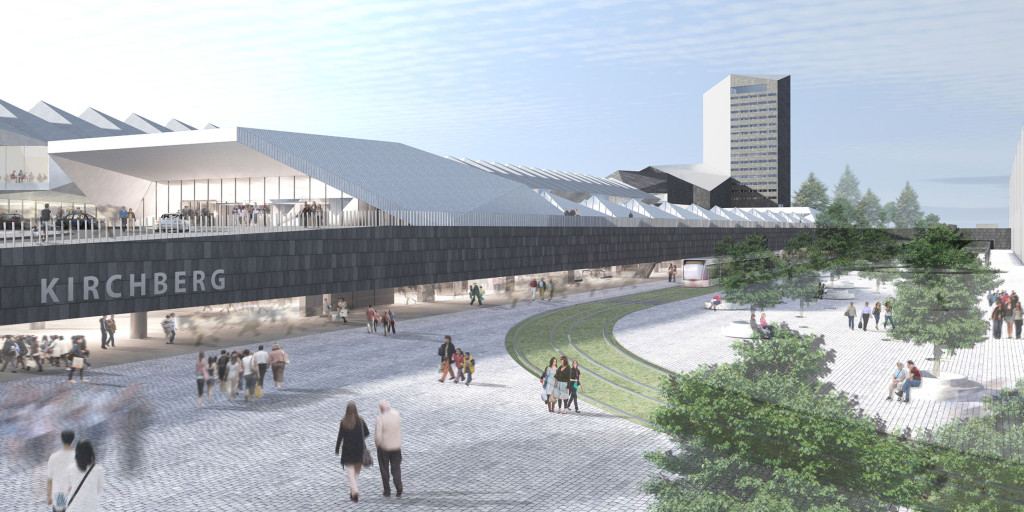 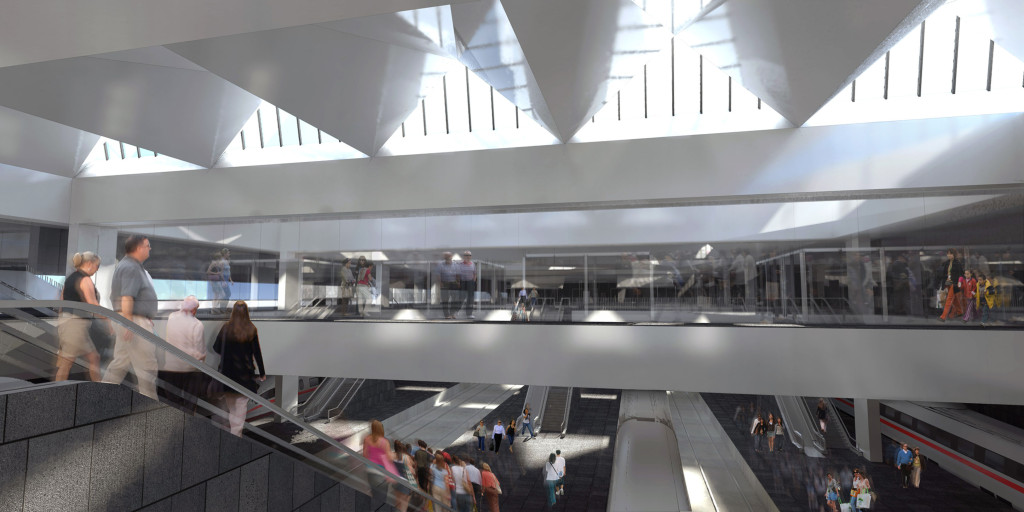 The urban operation behind the construction of these projects – if it is to be efficient and important in the city’s evolution – must have a dimension that will enable it to adapt to changing contexts.

In spite of the magnitude of the lot, and of the functional ‘responsibility’ that the buildings are to assume, it seems that little importance is given to the role of the public exterior space. But buildings themselves can to a great extent absorb public exterior space, bringing it indoors, and our objective here has been to reveal those ‘architectural moments’ where this value of outdoor public space can be important. These architectural moments, as is natural, have to do with limits, particularly limits that are simultaneously opportunities for the two buildings – the station and the convention center – to relate to one another. Physical and urban limits, but also functional limits where the intensity of pedestrian and vehicular circulation creates special circumstances that warrant treating the spaces to establish features distinguishing our proposal from others.

The dimensional and consequently formal structures of the two buildings are quite similar. Both cases require structures of large dimensions, generating scales and languages that can be reconciled. From our point of view, although the functions are different and we are talking about two buildings, there is plenty of logic in the conceptual and spatial proximity between them.

The functional, programmatic, and administrative autonomy of each building is maintained, without prejudice to the urban and symbolic unity that the complex must have within Luxembourg.

The two buildings, different in function and in design process, complement each other and are inevitably bound together in a single architectural unit. A public space between them structures their relationship. The station – or better, the station’s roof – is in addition to a roof a ‘landscape’ giving access to the fair premises and exhibition center.

In the final analysis, fundamentally the buildings and some elements that define them form spatial and formal relationships that create a whole, a built landscape, ambiguous but grandiose and evocative, fitting to the importance of the buildings. A landscape where the roofs of both buildings are different but tackled with similar geometries which bring in daylight in accordance with needs, and above all, give the image of a unitary complex which reinforces the importance of the intersection in terms of an urban landscape now endowed with an identity of its own within the city of Luxembourg.