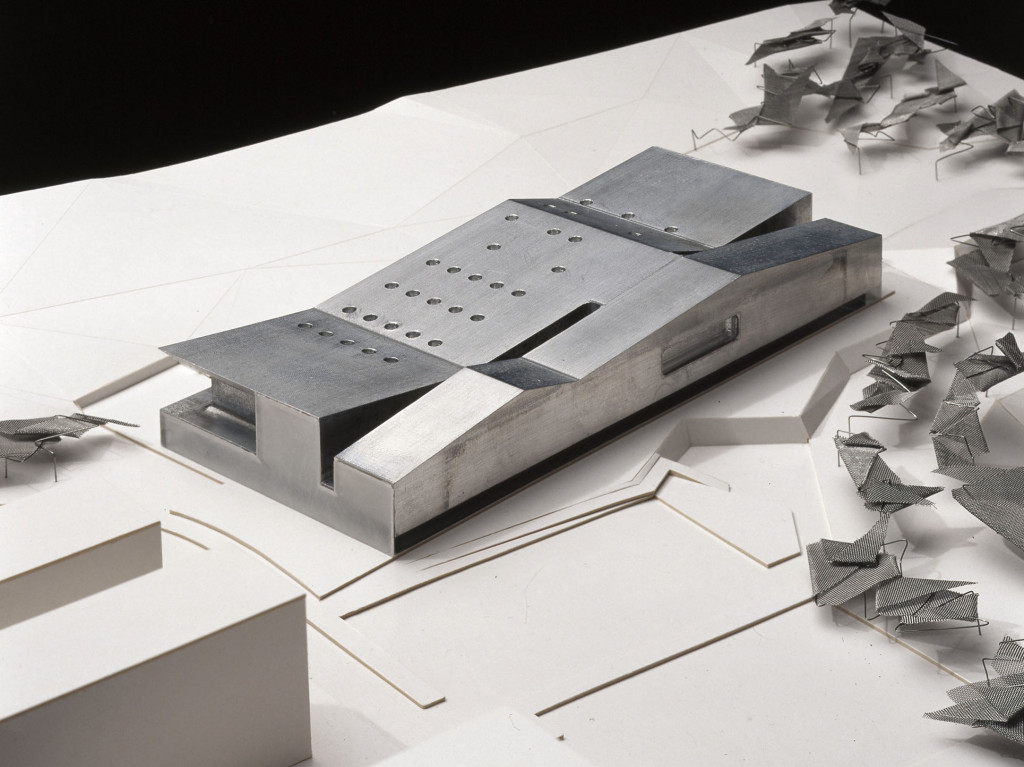 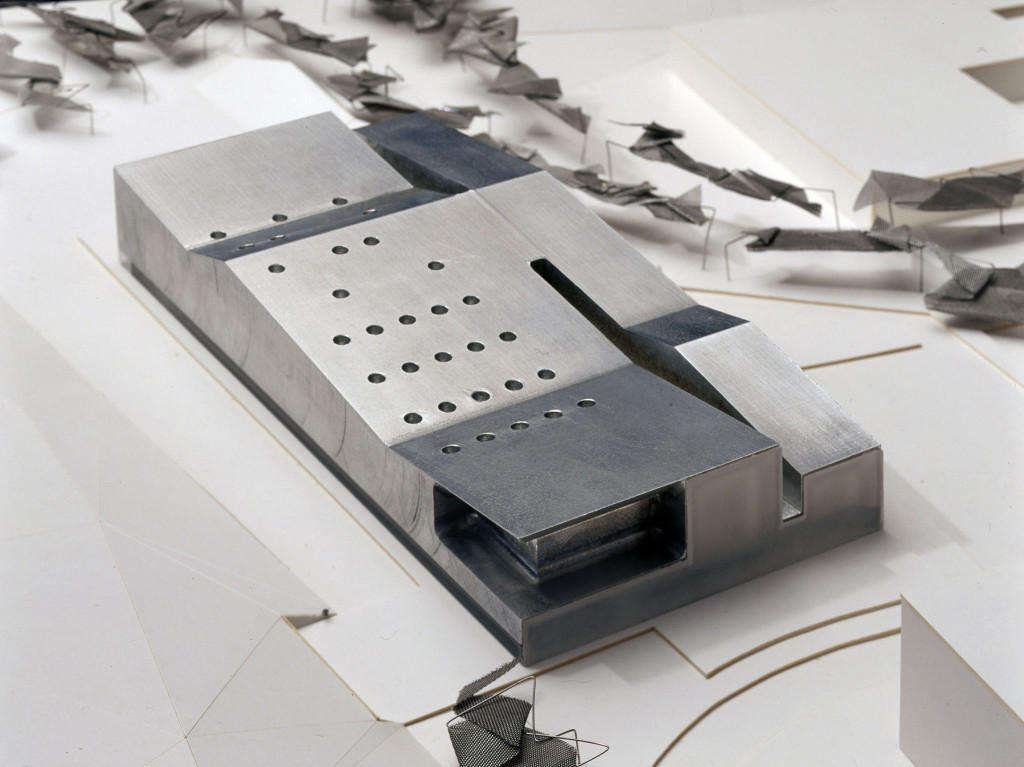 The indoors swimming pool project, in this case, is linked to the research on the interior space, and the relationship with the site stems precisely from the way in which this proposal conceives this space, and the attention paid to it.

The play of transparencies and reflections between the different glazed surfaces and the water recreate, with the help of light, a suggestive atmosphere full of sequences that are hinted at, but which need to be discovered.

By nature, covered pools necessarily involve a significant structure in terms of quality and size, whose presence is often overwhelming and in any case extremely determining. This proposal tests a visual suppression of the same to reveal a unitary and pure space. The roof shifts in an apparently haphazard manner, and the internal space is carved generating divisions that establish physical (though not visual) boundaries between gymnasium and pool. The full size of the structure is concealed within the thickness of the roof that, from the interior and perforated by deep skylights, takes on a light and ethereal scale that helps to define a magical and continuous space.

Light and its effects on the spatial organization are carefully controlled. The main idea is to use water as a tool with the capacity to capture and materialize light. That is why it comes in through the sides, at level with the pool surface, or from the top. The gymnasium ‘hovers’ above the whole and is traversed by translucent light tubes, which aside from contributing to this physical materialization of light, also direct it to the surface of water on the lower level.

The project resembles an enormous “tent-like structure” covering a space for leisure that somehow appears to have been there for years. A space governed by water, and that opens up to the adjacent park through large glazed surfaces that blur the limits between interior and exterior.