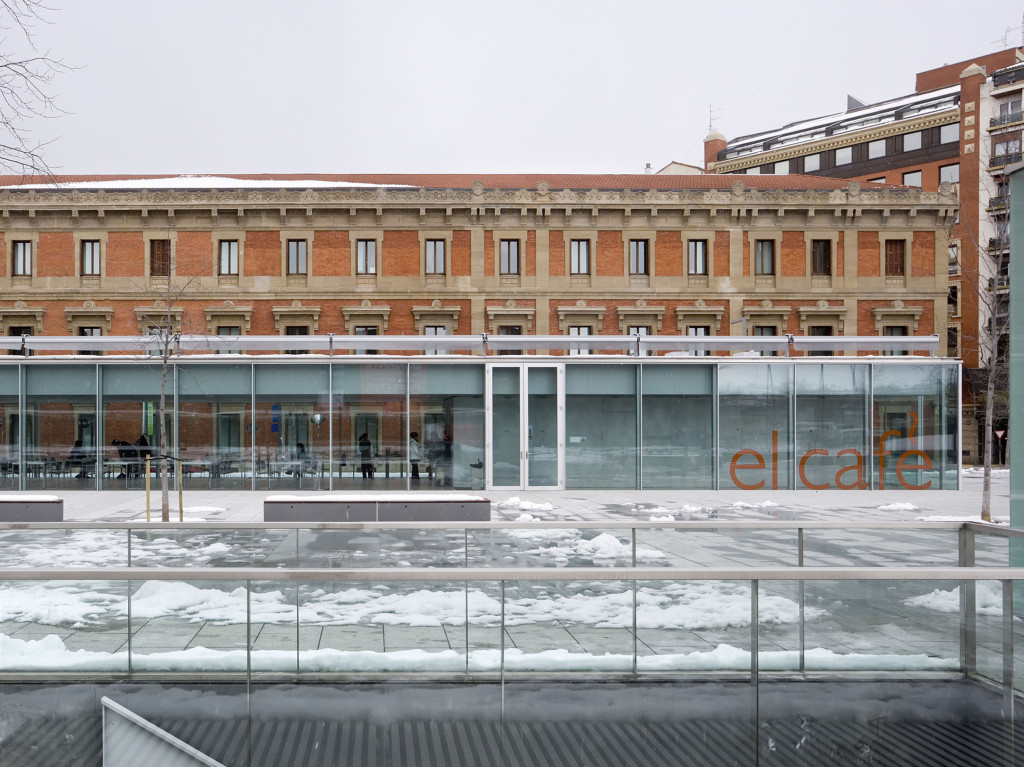 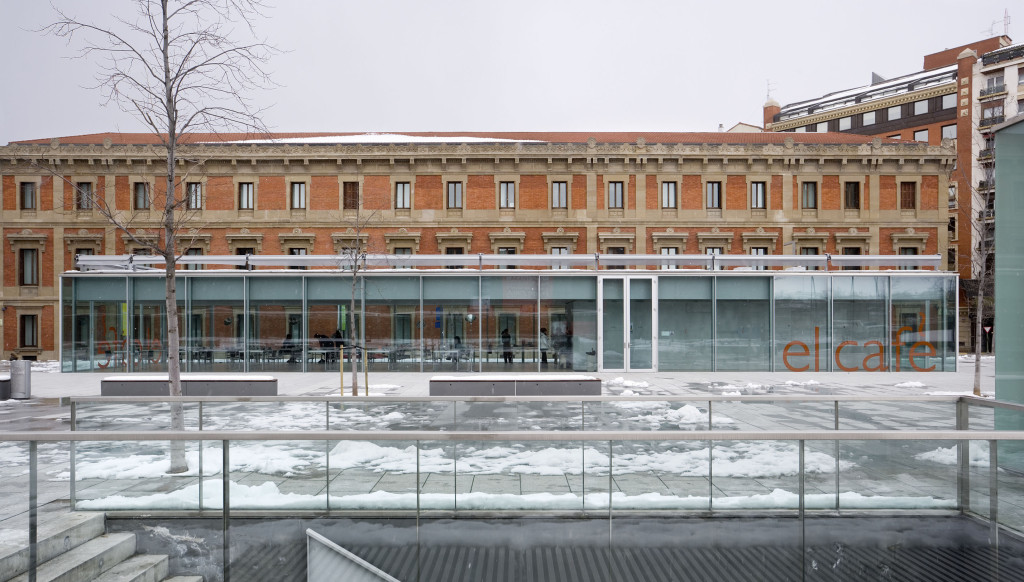 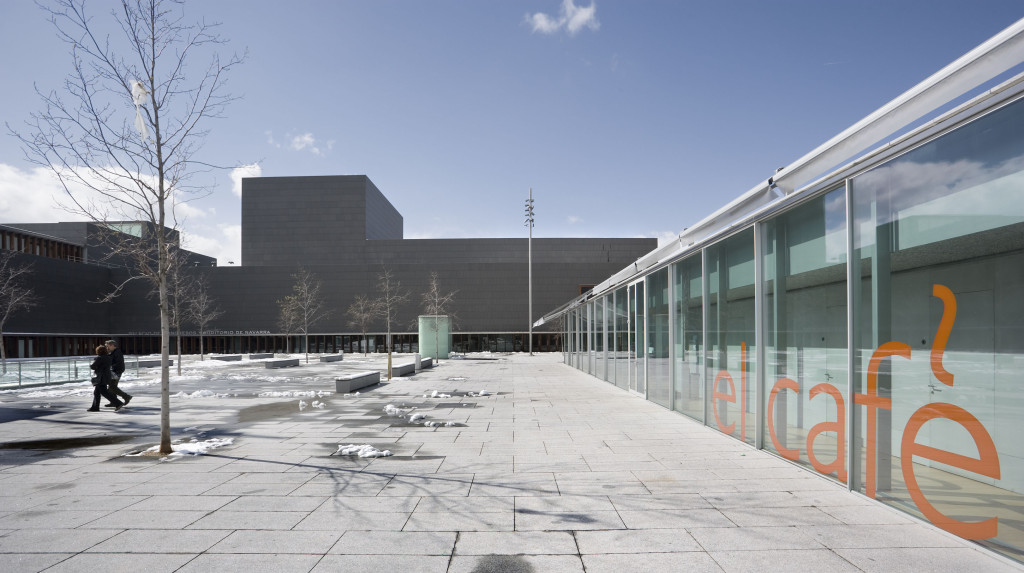 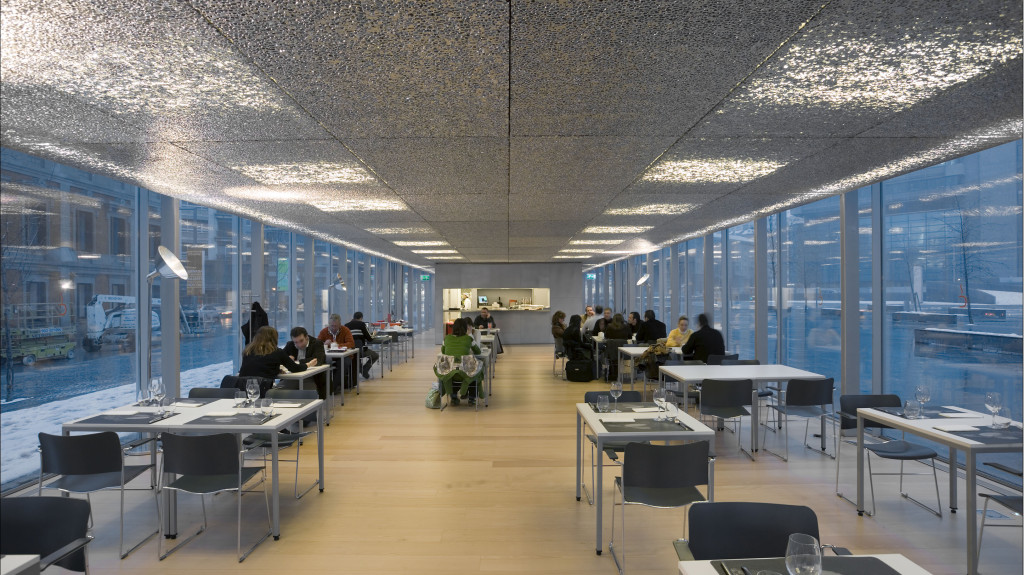 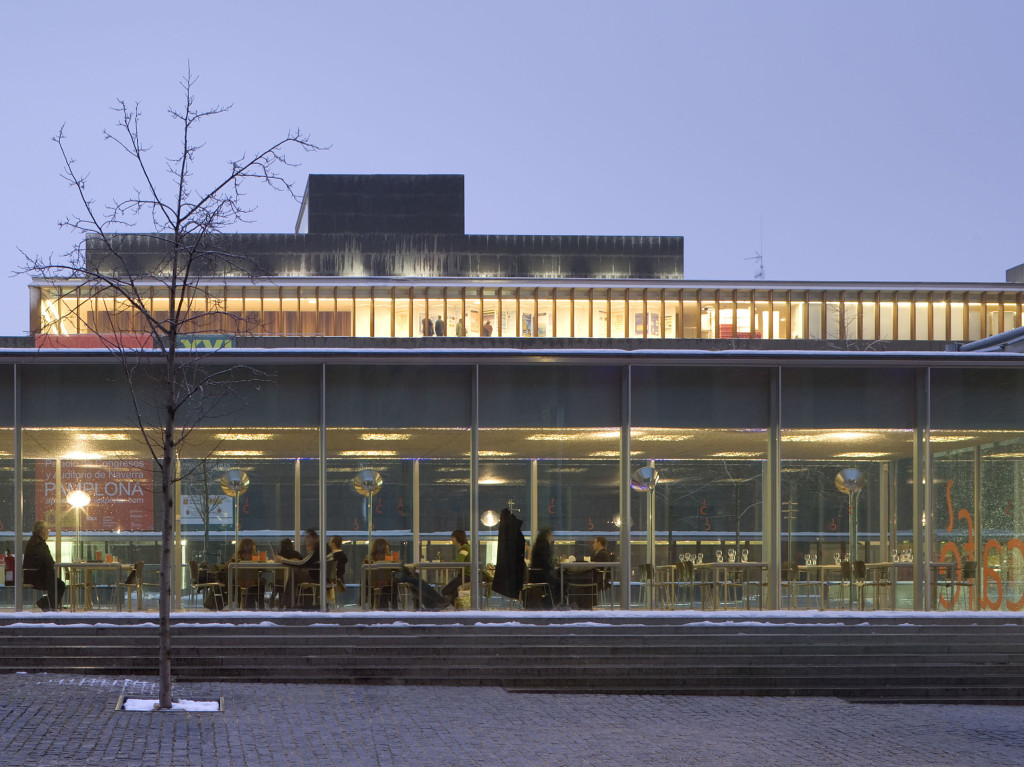 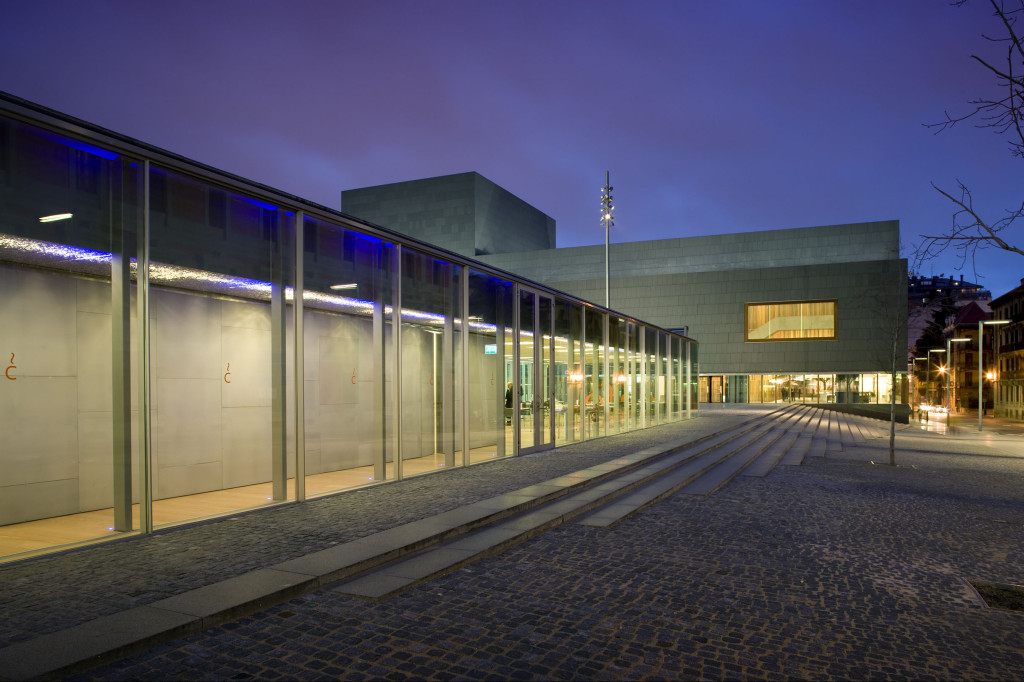 The Café del Baluarte project, aside from aiming to accomplish an architectural design of great formal quality, stems from a careful analysis of the urban space of the square and its buildings, the Baluarte itself and the Parliament of Navarre.

It was neither possible nor advisable to design an opaque, closed building. This would have entailed dividing the public space into differentiated parts, leaving the Parliament building, visually and de facto, out of the complex.

The choice of a glass box, very abstract, ensures transparency along the entire perimeter so that, from the interior, users have the sensation of being outside, protected from the weather yet able to enjoy the spatical depth of the square and the views of the surrounding architectures. The same transparency, during the summer, is transformed into openness by moving the glass surfaces horizontally, thus creating an actual continuity between the exterior and interior spaces. The whole buildings becomes a terrace, the building itself is public space. 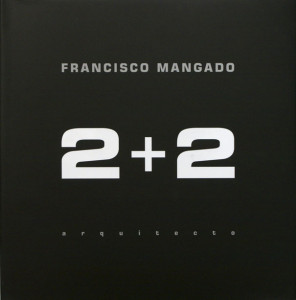 Restaurant La Manduca de Azagra
2002
/
2003
The premises chosen for the new restaurant, a large space of two floors, were empty after a structural renovation which left behind some differences in level on the access floor that determined a series of constructive and structural decisions, especially the location of the stairs, which had to be considered. There were many subdivisions due to the system of load bearing walls that formed the basic structure of the 19th century building in which these premises are located.The different spaces succeed one other starting from the entrance, so allowing the restaurant to be pleasantly organized in consecutive dining areas, avoiding an excessively crowded atmosphere.   Only three materials, all natural and modest, are used. The vertical surfaces are clad in the same brick blocks that are normally used to build the partition walls in modest houses. These blocks, always plastered and concealed, show if unveiled a texture that acquires an important value through the repetition and reflection of light. The spaces between load bearing walls are shaped with black varnished sheets, stressing the transition that the thickness of these constructions, increased by the superposition of brick, entails. The same sheet is used to refurbish the main staircase, which, even when kept in the same position, undergoes specific alterations that aim to simplify it and enhance its volumetric character within the underground space, of greater floor-to-ceiling height. A black ceramic pavement, with a slightly rough texture, partially covers one height of the walls, offering, along with the ceiling, a neutral frame in which the illumination may be enhanced.To achieve the desired light and acoustic effects, the ceiling breaks into a series of creases. The light placed behind the brick surface of the walls, in the upper and lower level - both lines reflected over the cracked black surface of the ceiling and the floor - give the whole an appearance of lightness, as a sort of layered canvas, without concealing the constructive operation carried out with the brick. The rest of the illumination in the restaurant tries to maintain the desired mysterious effect as much as possible, taking the form of standard lamps that intensify the light over the tables without interfering with the overall illumination. 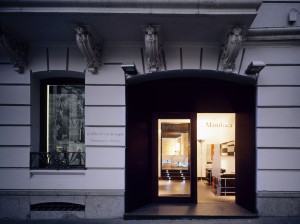 Mikaela House
1997
/
2002
Given the scarce value of the built context (a residential area of single-family housing units mostly), the project tries to study a formal and volumetric proposal where the main question is the relationship between the interior (full of transparencies and continuous spaces) and the exterior that makes itself present through “incisions” and cracks, transparent in the interior, and that at the same time outline and “sculpt” the concise and clear volume of the exterior. 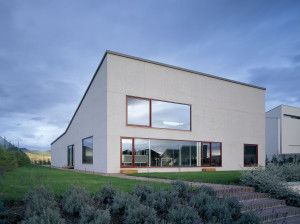 Restaurant La Maduca
1997
/
1998
From the start there was something poignantly coincidental about the proposal and its development. The owner, a friend of mine, had in a town of southern Navarre inherited a farm shed from his father, actually a warehouse in poor state of preservation where an old tractor was kept. The existing construction stood outside the urban core of Azagra, surrounded by similar constructions that looked so desolate as to make it hard to imagine a quality construction on the site possible. The owner, a sensitive and highly determined person, had found an old cellar of concrete and bricks beneath the shed, underground. This space, adequately transformed and ‘conditioned’ in his imagination, became the seed of entrepreneurial ‘fantasies’ of building a haute-cuisine restaurant.It was this insistent dream that transformed certain initial reservations into a work process that in the best of cases must be considered surprising. The place, previously frowned upon, presented itself as something suggestive, and by progressively revealing itself it went from apathy and a seeming absence of attributes to being a crucible of surprises and suggestions. Besides retrieving the underground space for a new use, it was necessary to raise a building above ground that would lead into the cellar and in itself play a significant role in the intervention.This large access space incorporates suggestions of high architectural content. On the outside, a plastic and visual relationship is generated by the contrast that is set between the abstract composition of the access facade and the natural backdrop of rocks. Inside, the courtyard, besides bringing in light, recalls the topographical reality behind the project, while enhancing the interior space, built entirely with large wooden boards.

Marco Real Winery
1989
/
1991
The project tries to figure out ways of combining traditional winery typologies with new winemaking techniques and the architectural process that allows for reinventions of the spaces associated with the tradition. The proposal also stems from a reinterpretation of the existing landscape, and from the idea of manipulating architecture so that a new scenario is created where nature and architecture can engage in a fruitful dialogue. 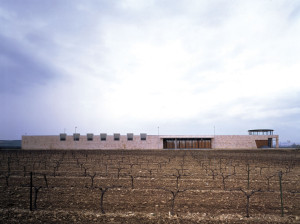