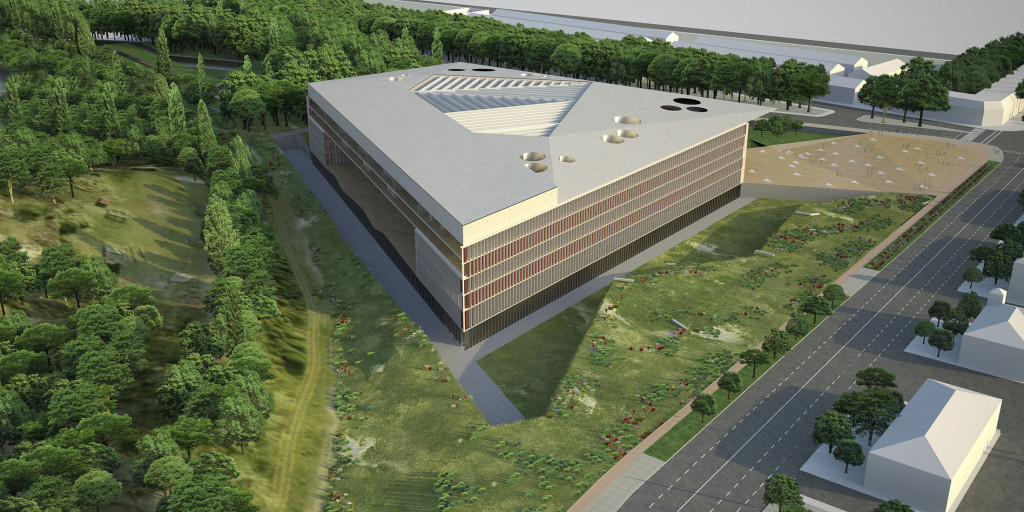 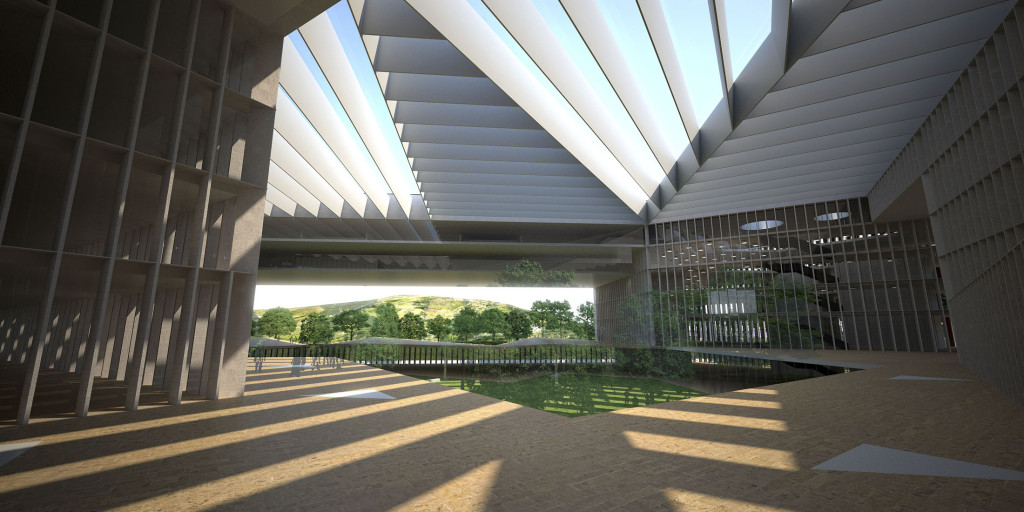 International Criminal Court of The Hague+

A large interior space, protected from dominant winds. A wooded space that spills onto a vast open park that contributes to the security of the building, while creating a peaceful getaway to the city. The interior area is a regulated space: its access is controlled, therefore it is a protected space. The atrium permits the organization of the functions according to stringent demands, while affirming the unity of the International Criminal Courts at The Hague.

The program is organized into three buildings united at their base around a large central space and it is clearly structured along two elements. The first are mechanical installations and vertical cores, which are organized along a clear perimeter. They also are primary structural elements. These, along with the large central space, allow all the work spaces to have natural light, a basic and fundamental objective. The second is the structural elements of the central space. This operable atrium brings natural light to all the work spaces.