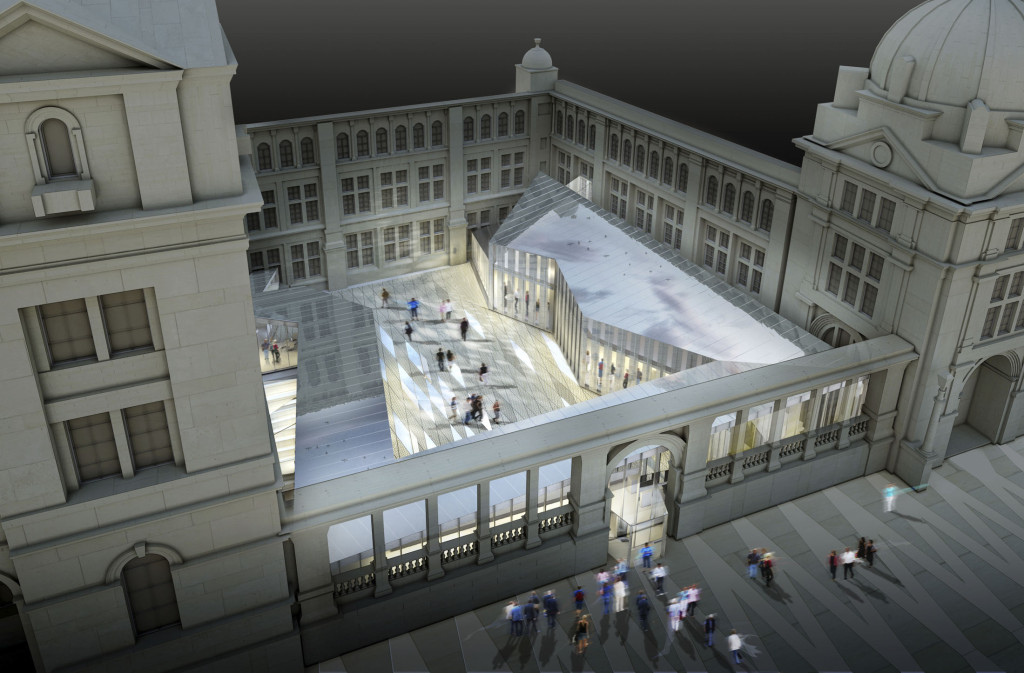 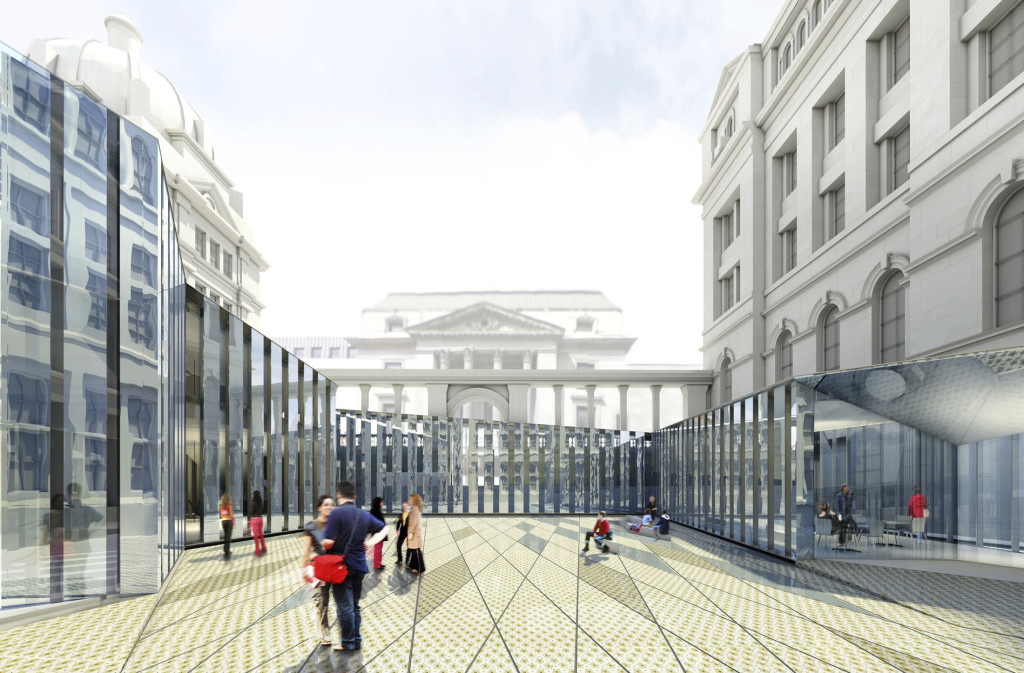 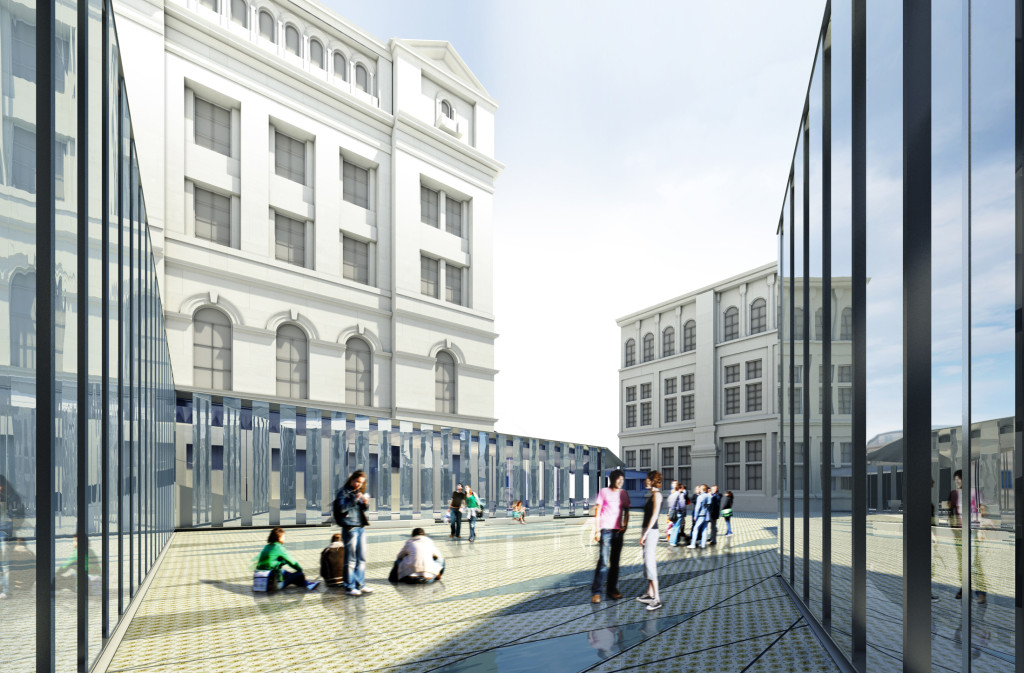 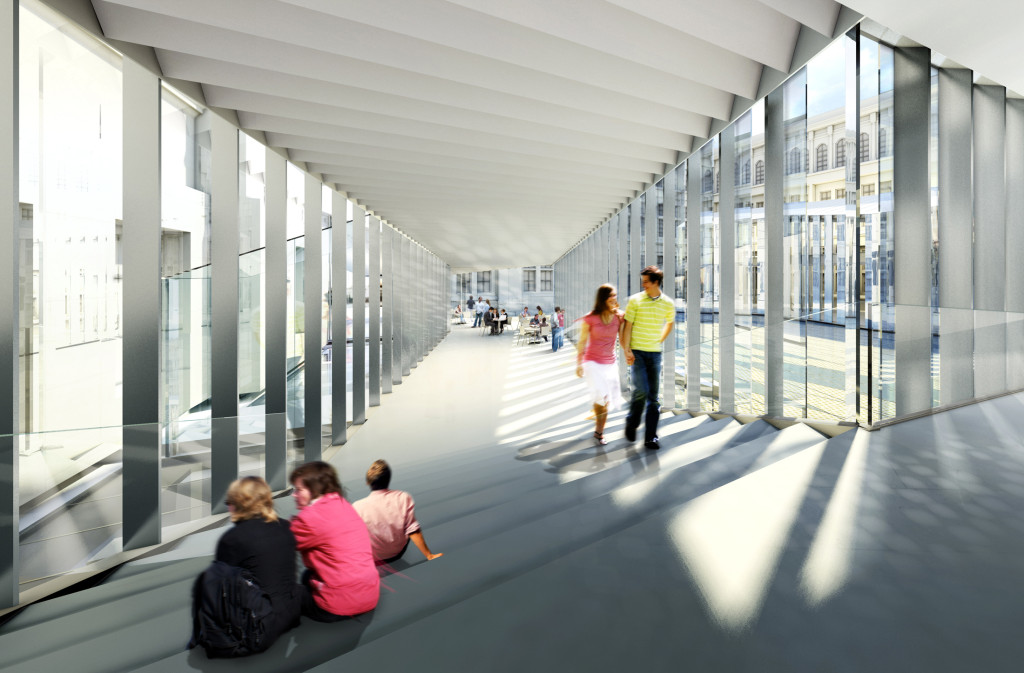 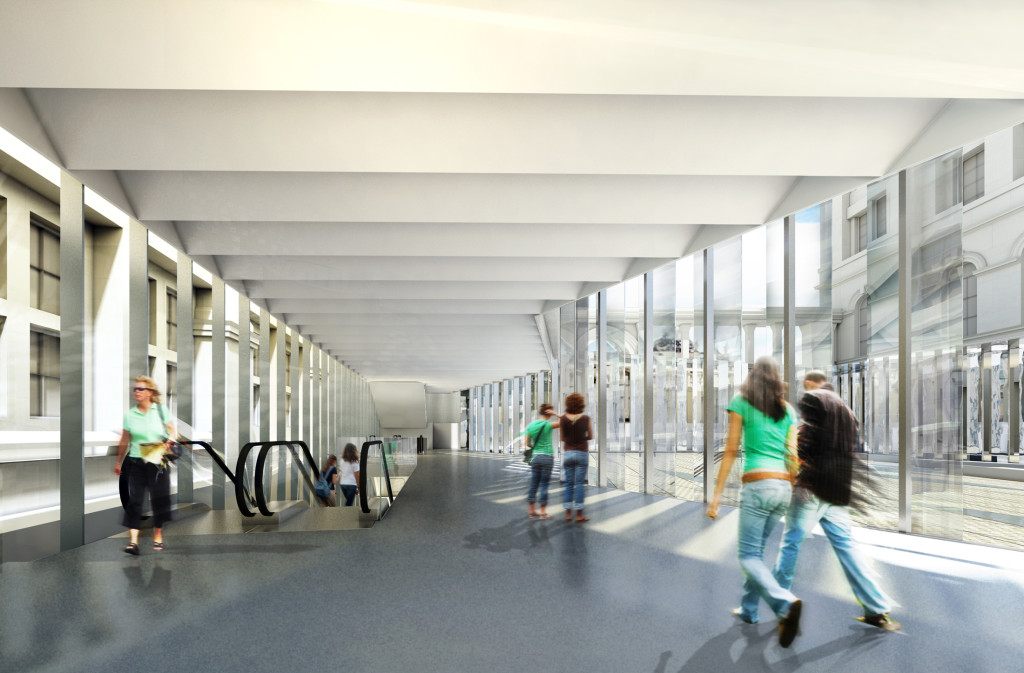 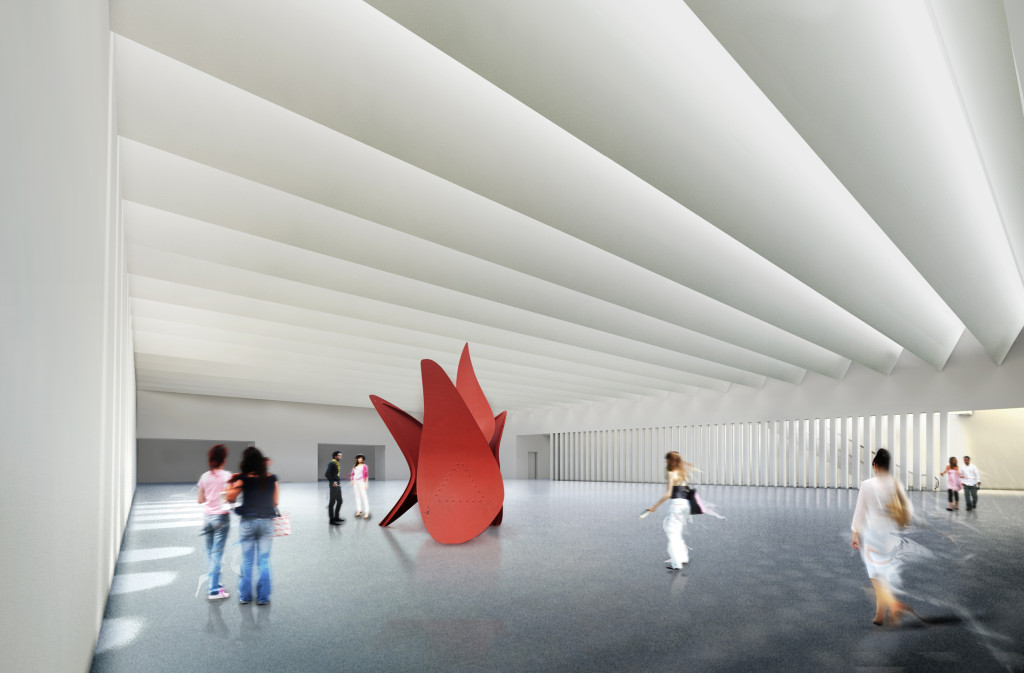 The jewels and textiles to be found in the Victoria & Albert Museum are absolutely sublime. The fascination we felt while viewing them proved of much use to us as we drew up the proposal. We want our project to be seen as a small jewel in itself, a painstakingly chiseled one that has been put in place in a simple and exquisite manner, causing no disturbance.

Fitted into the Boiler House Courtyard in accordance with broken geometrical schemes inspired by it, the new exhibition space will come in contact with the existing buildings only subtly, only at those points where contact will connect it to them internally, circulation-wise. And the construction will be set on the ground very lightly, as if indeed it were an object, a jewel, an autonomous architectural jewel.

Varying in height, the construction basically presents two types of spaces. On one hand are the gaps between the new construction and the existing facades. These spaces are glass-encased, and the message here is that the exterior façade of the new construction is the historical facade. They are voids that create visual connections and dialogue between old and new. The other, more important type of space is defined by the interior of the perimeter. A cloistral space, shaped by the idea of a cloister, this is a tranquil open space where people stop and rest. In the scheme of the Victoria & Albert Museum at large, it presents itself as being in structural and visual continuity with the large space of the John Madejsky Garden. The project thus tries to create free interstitial spaces that are visually rich amid the existing historic scheme. A cloister that can also be taken as an intermediate space between the John Madejsky Garden and Exhibition Road, within the complex it creates continuity and graduation between public, the city, and private, the institution.

“Jewel” is not only a metaphor and refers not only to a space. The new galleries are a jewel in material and constructional terms as well. Transparency on one hand, reflection on the other hand, are the formal principles that have inspired the elaboration of the proposal. They are not at all contradictory. Because they are of glass, the exterior walls of the new volume ensure that the historic facades remain the protagonist, and that looking from inside the new construction, these old facades will come across as exhibits in themselves, as if forming part of the museum collection. The interiors making up the “cloister” are enclosed with reflecting glass, so that old images of the museum will be mirrored on their surfaces, again fusing new and preexisting and making the intrusion of the “jewel” give rise to a festival of “architectural harmony.” History and contemporaneity thus merge in a single picture.