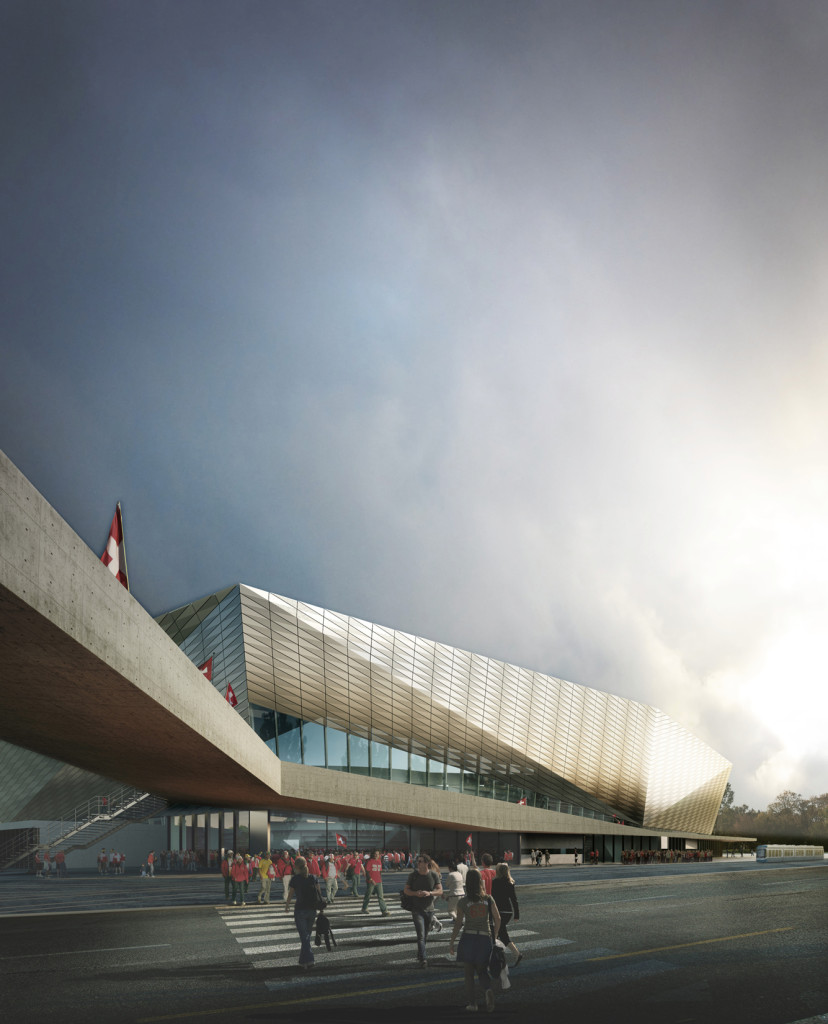 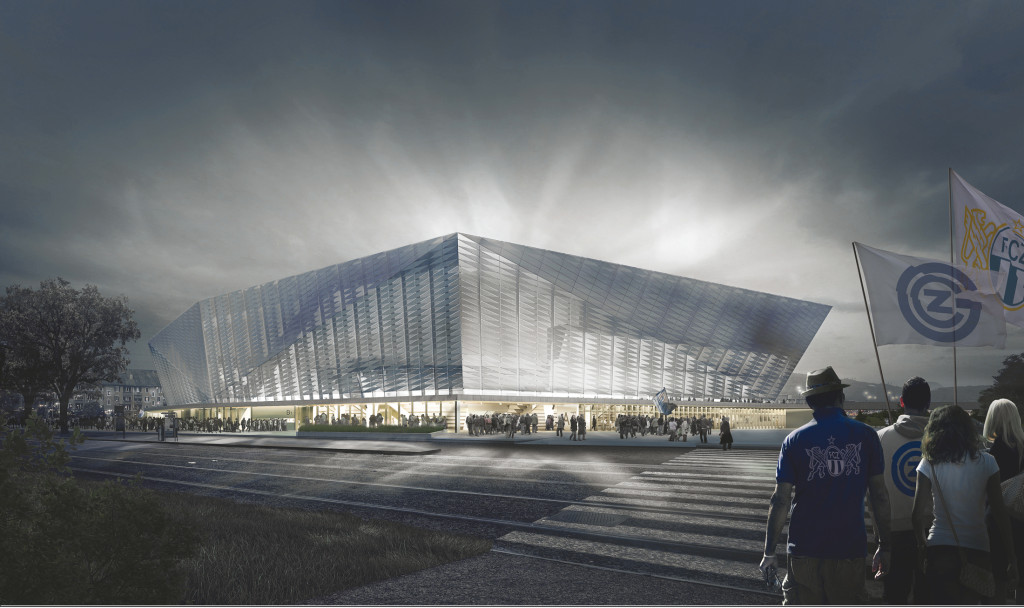 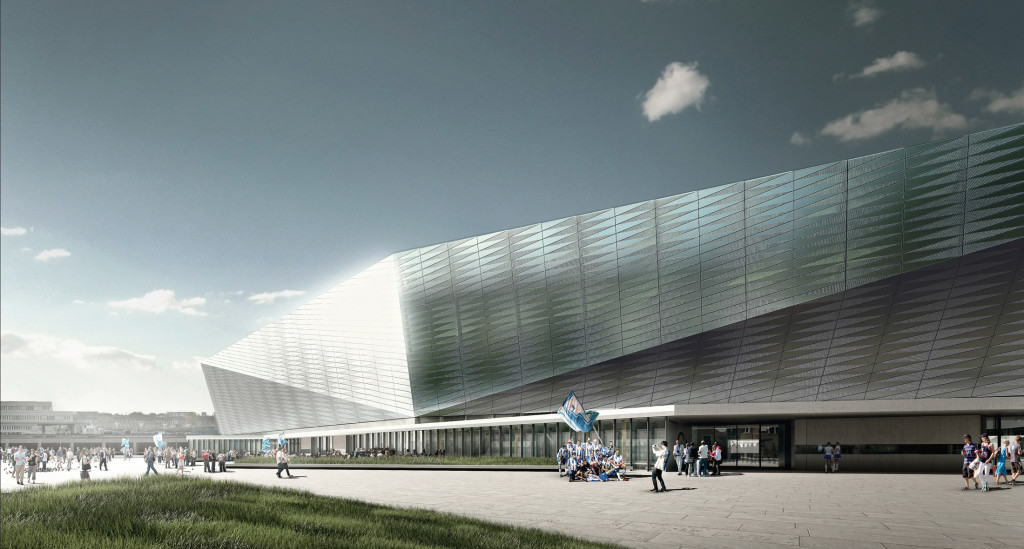 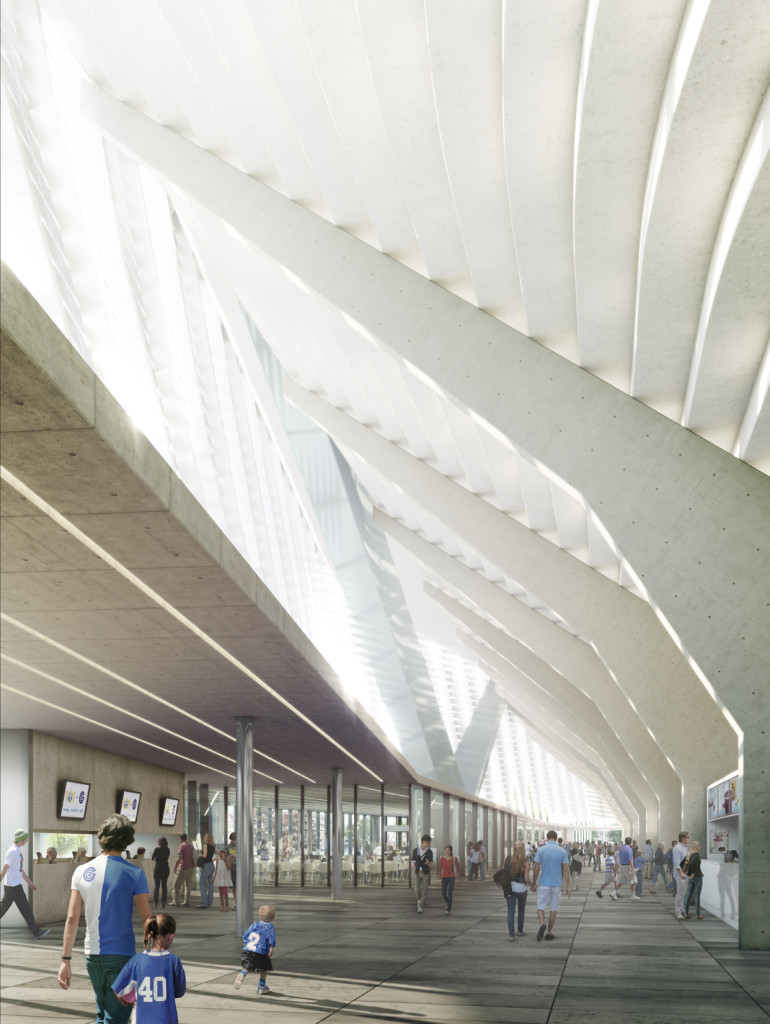 The Hardturm Stadium site is the northwest entrance to the city of Zurich. Such a location makes it a new strategic piece and key element in injecting life into an area that, though one of the city’s main points of reference, still presents a rather fragmented urban structure, lacking any clear physical connections to the city center.

In the proposal to reconvert this peripheral zone at the western end of Zurich, the fundamental component and axis is the street Pfingstweid, whose integration into the new urban scheme is intended to generate an open public space with a strong regenerative capacity, and differentiated from the original Massstäblichkeiten zone within the same context.

Another main role within the planned new area is played by the system of parks and the sequence of lands freed up on the banks of the Limmat River to accommodate facilities and services for the city as well as large residential operations.

The project for the new stadium, sensitive to this possible future reality, establishes a dialogue of scale and position as much with the Limmat River as with the wooded slopes of the Hönggerberg and the Uetliberg, and makes the building a new key presence in the landscaping and amid the planned points of urban regeneration.

In response to the flows generated by the new circulatory structure, the more important and more affluent public accesses are placed across the park and the gardens that accommodate a certain biological diversity, in contrast with the new built part of the stadium.

This categorical image of a solo piece with the capacity to revitalize the surroundings is also reinforced through constructional and material aspects. The exterior envelope of the building is of perforated metal, which like a diamond (bright by day and reflecting by night) can have the force of an attractive object, of a new icon inserted in the city. The reference to the exterior space is reinforced by the construction of a base that contains zones necessary for stadium activities to take place.

The proposal for the project complies with standards set by the main football associations, and considers the optimal conditions for television crews to work in, as well as compatibility with the classic social areas associated with top-level sporting events.

Environmental requirements also form part of the composition of the project, particularly in the treatment of the urban spaces around the stadium (which pay attention to quality in the spatial relationship between the building and future residential programs), and in everything having to do with measures for energy efficiency and processing of superficial waters, as an integral part of the landscaping project.