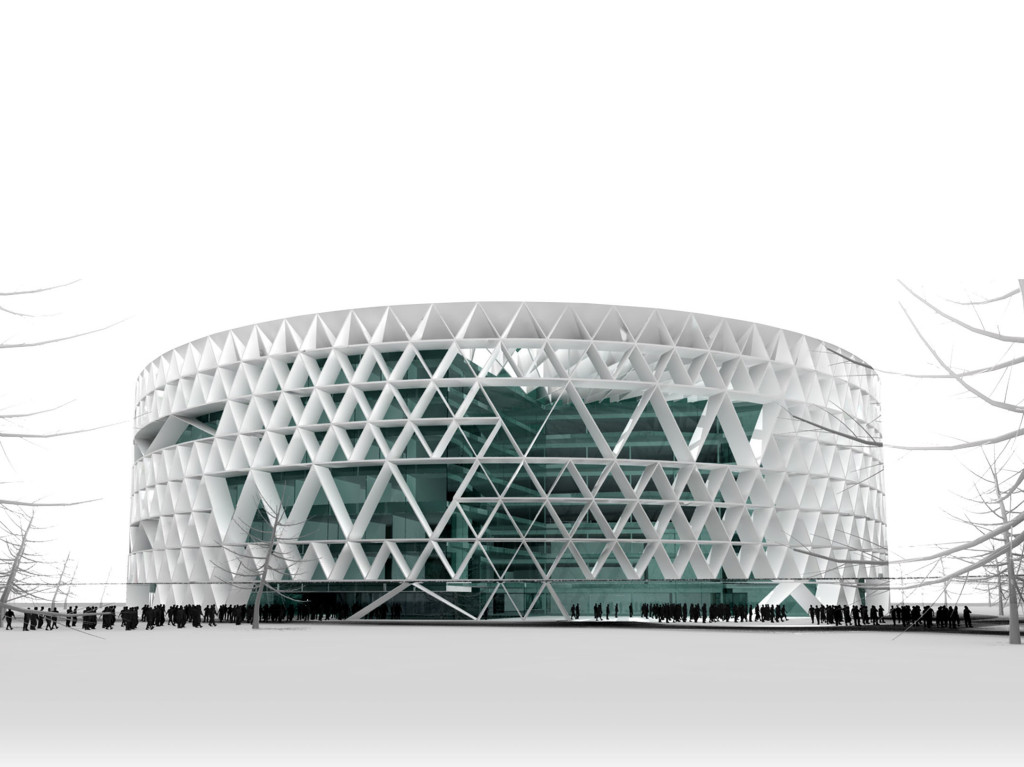 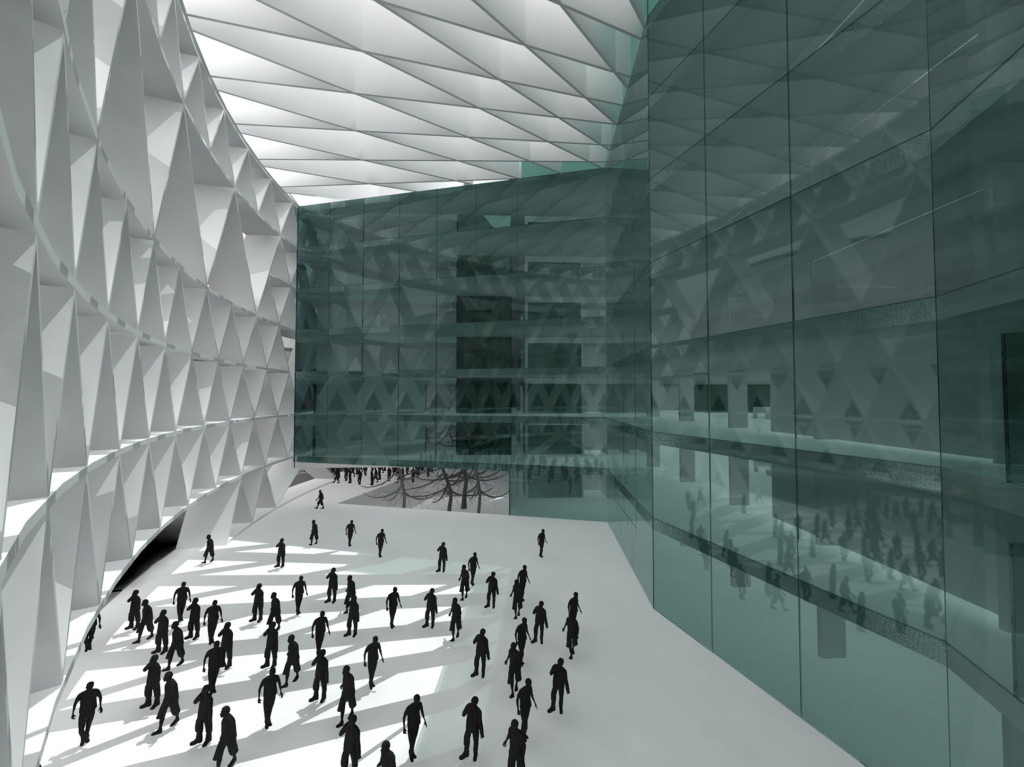 The circular floor plan has an inconvenience: it can entail a lack of spatial reference. For this reason part of the program is tucked into more polygonal volumes, creating between them, between the exterior perimeter and the interior containers, a series of voids, of tree-lined courtyards that bring light inside, and at the same time act as thermal control elements.

The orientation of the circle can be understood as a continuous gradient in terms of sun impact. The transit between south and west – the orientations with harsher sunning conditions in Madrid – and the east and north – more manageable but also more needy of light – defines a ‘degree of opening’ system that not only illustrates the spatial relationship with the exterior, but that also defines a compositive scheme of the complex.

The main and public access, located to the north, offers the piece’s greatest degree of opening. It leads to a public, shaded space, bathed in light and reflections, which transmits the calm and the institutional value that justice must convey.