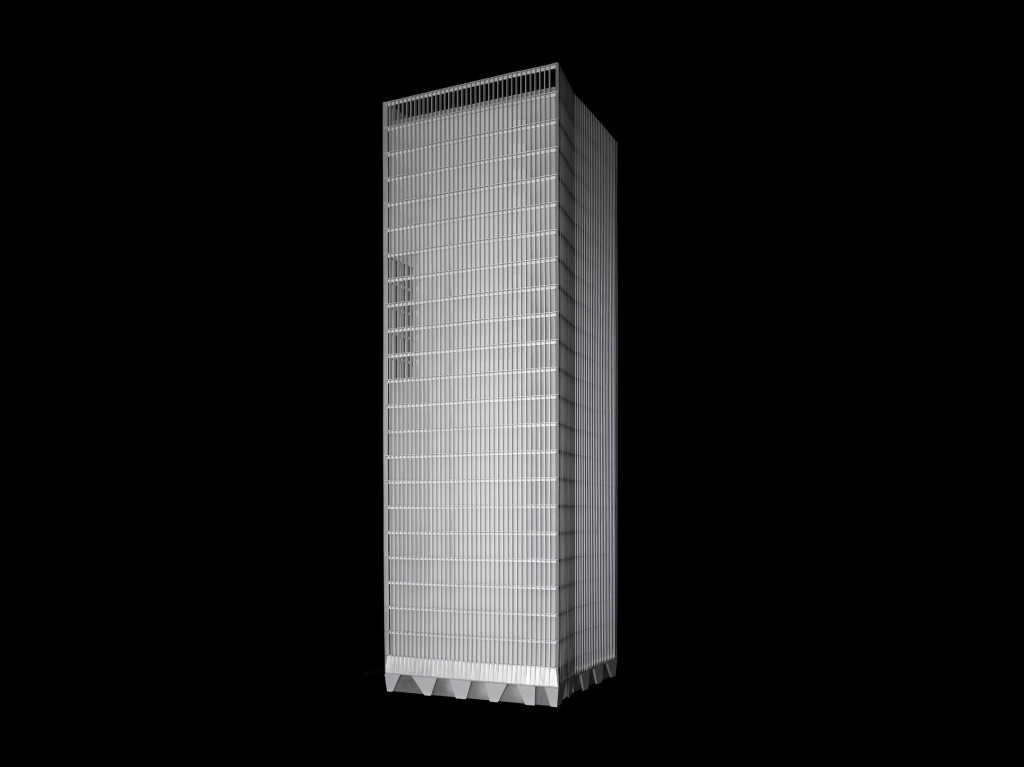 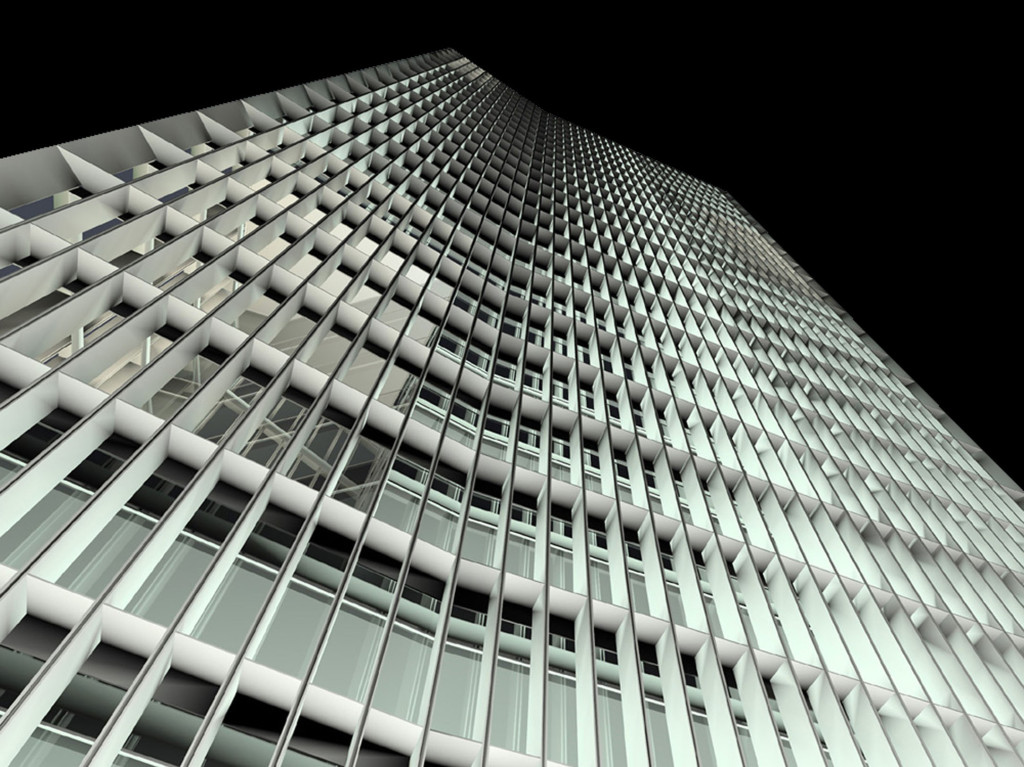 Tower in Plaça Europa in Barcelona+

The building is located within the Plaça Europa residential complex, which gives back to the city of L’Hospitalet an old industrial site characterized by its proximity to the main axis of vehicular traffic between Barcelona and the airport, that is, the Gran Vía de les Corts Catalanes, as it goes by this municipality.

Situated within an urban plan based on high-rise construction and green public spaces, the plot assigned to the project nevertheless has a peripheral position, halfway between the first line of the square overlooking the sea above the highway – stretch along which it is buried -, and the city of L’Hospitalet, with which it maintains a visual connection, mainly from its west and south facades.

The building takes up the northern half of a plot, whose longitudinal axis has a north-south orientation in order to free up an ample green space towards the south-east. The access by car to the building is located at the southern end of this green space.

The new building includes twenty-two floors above street level. In terms of building type it is an office tower whose slender proportions near it to a skyscraper, also because it rests on a floor plan of reduced dimensions and rises almost 100 meters high.

The structural enclosure supporting the building is formed of metal columns consisting of two platens connected by a tubular core. These elements altogether form a structural skin that, as a sort of “brise-soleil,” protects the building from direct solar impact. It is in this sense the essential element to guarantee the building’s performance in terms of efficient energy use and climate control. 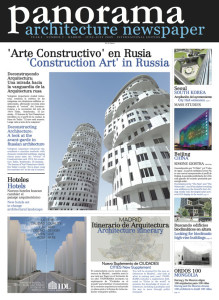 Tower in Puerto Madero
2008
The way I see it, building a tower presents three architectural problems. One has more to do with the sculptural, with the objectual character that the tower takes on as it becomes a reference in the urban landscape. The problem of structure, traditionally much reflected on, is in my opinion relegated to a more instrumental plane, although in no way does it cease to be important.The two more interesting issues are program and the treatment of the ground in its connection with the building. Both can be tackled in urban terms—this would be the most convenient approach—and hence they take on a significance and a stature that free them from a purely objectual treatment, from the “who builds the strangest object” contest that is so common nowadays.In the case that concerns us here, because of the specifics of the program—apartments, hotel, recreational spaces, and services—we can take the tower as a continuation of the public space that the street-boulevard is. This idea led us to treat the lower levels as something rich and complex, not just programmatically but also spatially and formally. These lower floors are the first link in a chain of public uses that unfold from level to level as the building rises. Between the apartments on the lower floors and the hotel taking up the topmost levels is a public foyer with restaurants and other services. At the top of the tower, more restaurants, swimming pools, and other facilities form the third link in the chain of public uses that, starting at ground level and continuing up the entire height of the tower, presents the built volume not as something detached from urban reality, nor as an object that’s been dumped on the edge of the scene, regarded only with indifference, but rather as a system that continues the street upwards. 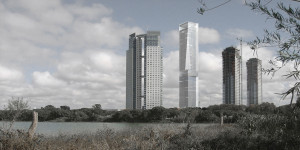