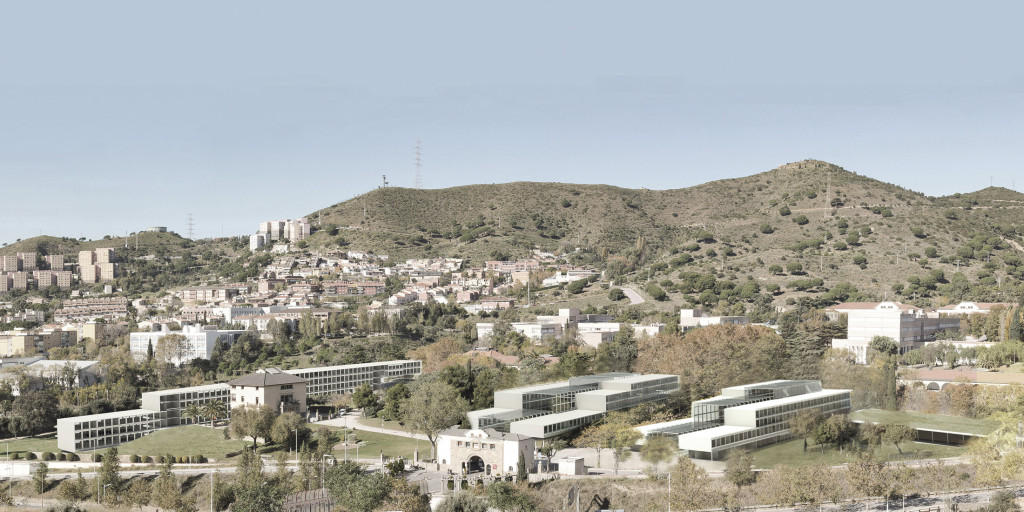 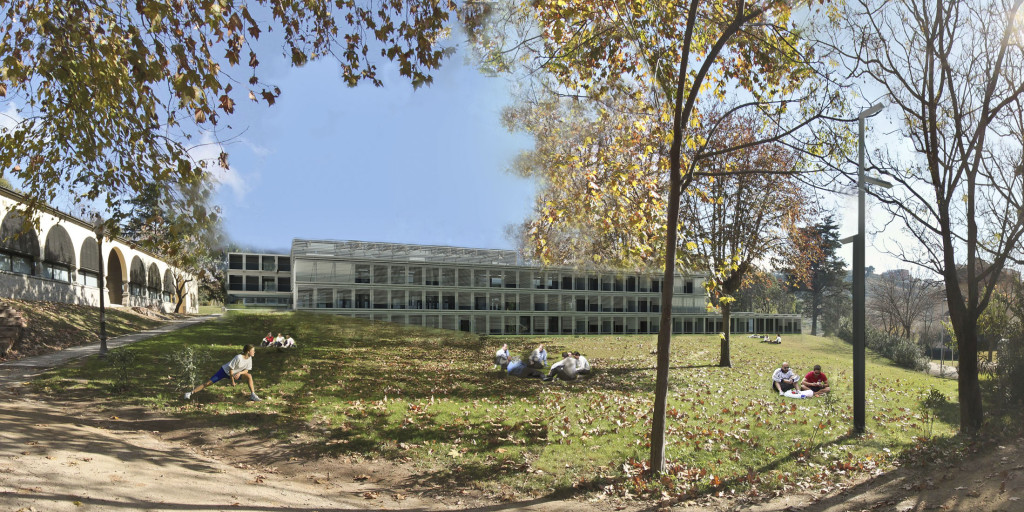 From an urban viewpoint, the proposal’s aim is to accentuate those features of the premises that most define it, and from such an angle we understand that the north-south axis becomes a scheme to reinforce in order to maintain the urban and public character of this first part of the axis. The proposal wishes to minimize the construction’s impact within the area, so it concentrates the actual building mass on a specific area.

The pieces in a linear arrangement incorporate a new industrialized system that brings together a series of advantages: speed of assembly, dry construction all the way, flexibility for future alterations, significant cost reduction.

The system involves a change in the way a project is executed, using the philosophy of the assembly chain and concentrating work in the production areas. The system is based on prismatic structures with 12 x 2.5 meter floor areas and rising 3 meters. Both the floor and the ceiling of each module are formed by 1.5 mm thick corrugated metal sheets, which work on a structural level, with metal props at the corners.

Competition for a Masterplan for the Torribera Food Campus, Barcelona
2010
First Prize. 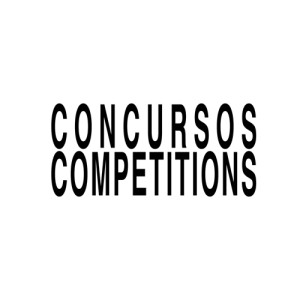 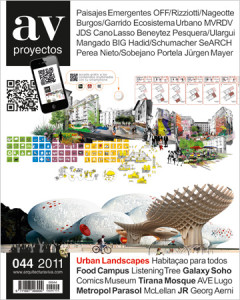 New Technologies Training Center
01-04-2004
/
03-04-2008
The proposal for the Center for New Technologies of Santiago de Compostela is based on two essential ideas. The first one springs from the conception of the place and its process of topographic adaptation, and the second entails a sense of efficiency. Efficiency having to do in this case both with the speed in which the project must be executed and with the fact, strictly functional, that the resulting building may need to undergo variations in program over the years.The building is laid out in two parallel pieces separated by a large glazed courtyard. The first piece rests on the higher and narrower area of the site, and contains the access as well as all the uses which may be considered ‘complementary’ to the academic and other general activities of the building (control, administration, services and systems); and the second piece goes up on the lower area of the terrain, oriented towards the south, orderly and smoothly gathering all the classrooms and workshops in such a way that these can be subdivided or brought together in accordance with the different needs and circumstances. Both pieces are connected by a series of bridges, more or less wide, which hover above a landscaped surface full of trees. A wider piece (supported off by the two prisms and located next to the entry to provide direct access from the exterior) contains the assembly hall. The cafeteria and library take up a relevant position in the upper part of the building with panoramic views onto the horizon and the buildings that surround the church of Santa Mercé.The surrounding terrain thereby manages to sneak into the building in the form of a garden, structuring the construction as a sequence of volumes adapted to the topography where the rich and textured granite walls, retaining and enclosure walls, shall engage in dialogue establishing a contrast with the smooth walls clad in marine aluminum sheet treated with sand and glass blasting, the two materials that define the final appearance of the building. The adopted solution is also expressed through a logical construction system. The tight construction deadlines suggested developing a system of structures based on prefabricated concrete and light and dry construction. Considering the assigned uses, and their foreseeable variation, the systems are mainly exposed. 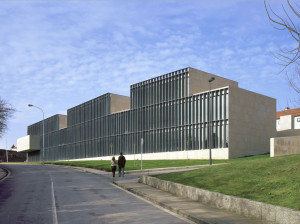 Center for Technological Research CEIT
2000
/
2003
With a very specific program and an austere budget, the project gathers in a single building a Center for Research on New Technologies and a School of Telecommunications Engineering. The new construction is located in the Basque Country, on the outskirts of San Sebastián in a park surrounded by tall pine trees, where there are other companies devoted to the same fields of study.The sloping topography of the area is at the same time an inconvenience and the essential guideline for the project design. The building, whose interior layout addresses the compact logic of a program that basically alternates offices and laboratories in a double bay floor plan, concentrates the main decisions in section. Unlike the majority of surrounding constructions, in contact with the ground, this large volume is detached from the same to allow the entry of light on ground floor along the entire perimeter. This option provides a larger amount of quality space without having to increase the height of the building – which was strictly determined –, and also leaves space to place skylights that draw light into the large basement containing the machinery. The full height of the interior corridor dividing the area of offices and laboratories is also illuminated thanks to a sequence of skylights covering the section of the building.A large bridge, which connects the retaining wall of the terrain and the building, houses the accesses. The tilted wall goes up without touching the volume in an attempt to define the relative “independence” of the piece with respect to the terrain. Over the void that is left between the building and the retaining wall, a huge cantilevering structure provides shelter from the rain and also establishes a spatial relationship – certainly ambiguous but real – with the drawn boundaries of the topography. 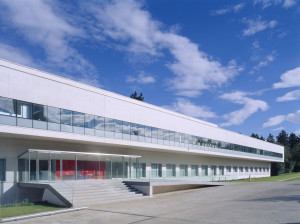