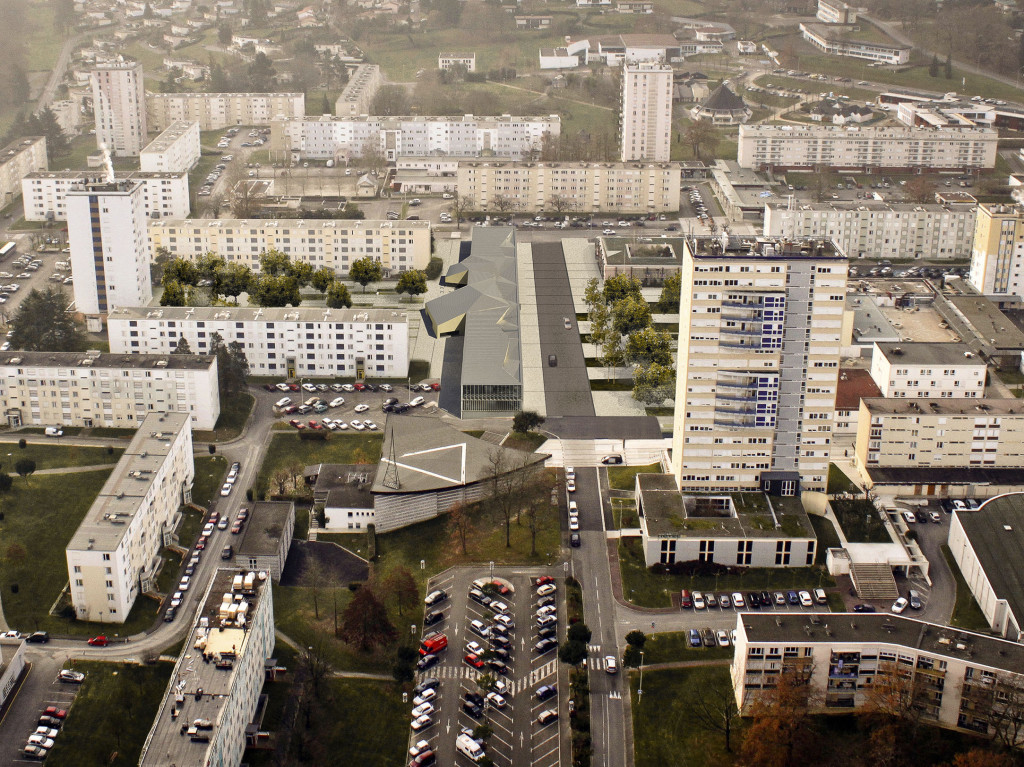 The project is not only for a media library, not only for a particular program. The building is supposed to embody a community’s effort to provide itself with a gathering place, a place where a sense of the public nature of services and facilities yields something representing the endeavor of Mourenx to give itself an identity synonymous to progress. A public building is important in that it signifies something. And it signifies to the extent that it integrates.

In a way, the building is a large public space. Not only in terms of its program, though that too, but mainly because the building’s magnificent position in the city has made it a key element in the ordering of the adjacent spaces, as much on Place François Mitterrand as on the other side, to the southwest, among groups of dwellings, where redevelopment was necessary.

The building basically follows the site’s linear arrangement. It’s the center of the building, the access area, that besides establishing a physical relationship and visual continuity between Place François Mitterrand and the spaces between dwellings, forms a series of spaces for entry and internal circulation that, with their broken contours, do much to enrich the connection spaces inside. Two volumes – one for an exhibition gallery and multipurpose space, the other for restaurant areas – stick out of the linear geometry, marking an entry on one hand but also creating spaces that, though exteriors, help produce the continuity between inside and outside that is one of the objectives of the project.