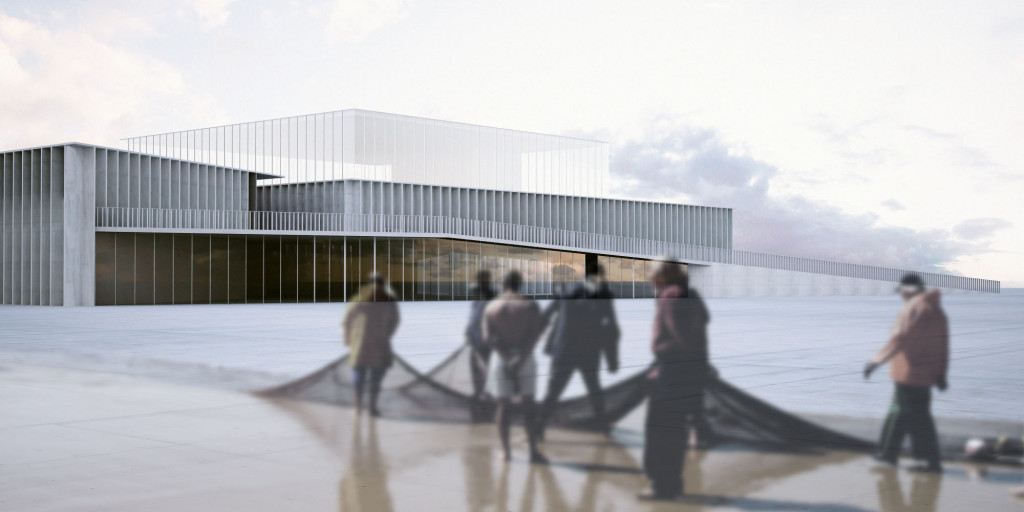 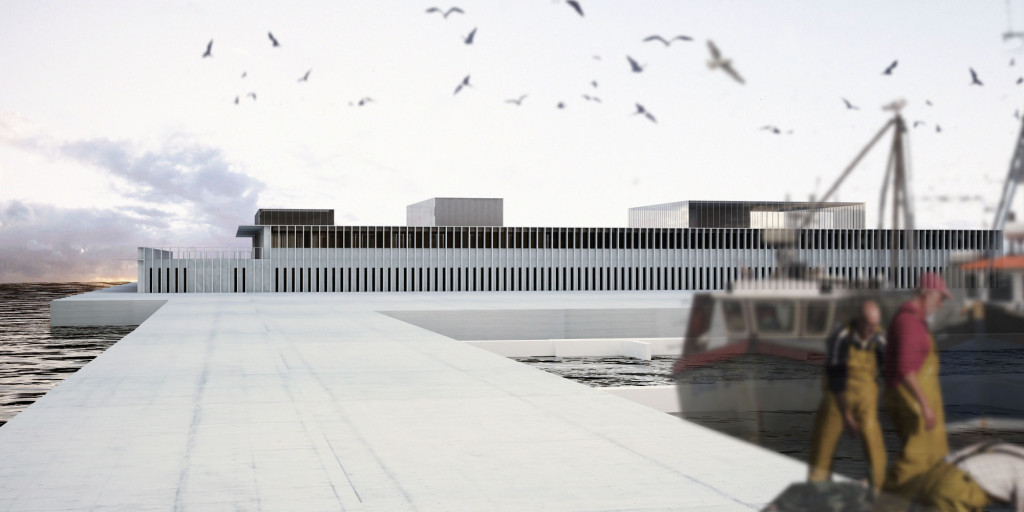 Fish Market of the Port of Ribeira+

The solution proposed is based on three main ideas that in the end should be coherent with one another.

First is the market’s efficieny as a setting of a complex activity. Fish arrive, are classified, sold to be distributed. All this is organized to minimize movement in between, and in such a way that any future changes in the organization of uses can be effected as easily as possible. To this end, structures are clear and efficient.

Second is the building’s urban dimension. The market is to be a link between Ribeira and the sea. Its emphatic volume makes it an important piece giving order and reference to all that which surrounds it, and it tries to be not a limit, but a balcony. To stress this public function, a cafeteria is put at the end of the raised street adjacent to the large terrace, providing an elevated meeting point between the city and the sea.

Third is the building’s materiality, its formal configuration with prefabrication in concrete as protagonist, and with the rhythm it establishes. Structure and enclosure in one same material. The building cannot be a barrier towards the sea, nor in any approach to it. Besides being traversible, it is transparent at the most significant points. The activity going on inside the market can be intuited at some points and not in others.